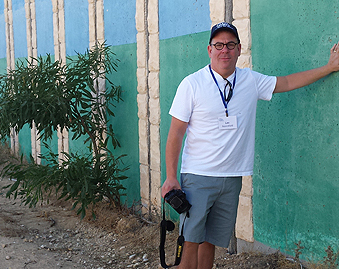 Lee Rosenfield published a column on the Jewish Exponent about his recent trip to Israel with his husband, which included participating in A Wider Bridge’s 2014 Israel Mission.

Following the war with Hamas this past summer, I felt a tremendous sense of urgency to travel to Israel. I needed to demonstrate my solidarity with the Jewish state.

My last visit was in 2006 during the second Lebanon war with Hezbollah. My husband and I led a Federation solidarity mission with 15 gay and lesbian Jews from the Greater Philadelphia community, the only mission that went to Israel at that time. Prior to the war, we were 30 strong. Unfortunately but understandably, we traveled with half that number. We went to say hineinu — “we are here.” The message was loud and clear. We would not and never will let terror dictate our devotion to the State of Israel.

My husband and I hadn’t traveled back to Israel since then due to the birth of our two children, Ethan and Eliana, now ages 7 and 4 respectively. The daily responsibilities of caring for two young children coupled with work and personal obligations created a separation and distance that quite frankly was becoming perilous to my own understanding of the conflict.

The 24-hour news cycle of misleading information about the war was creating dissonance inside, and I felt a threat to my own perceptions, beliefs and understanding. I needed a reboot to make sure that all was in check. The visit would give me the opportunity to challenge my own comprehension and assumptions of the situation without the interference of terribly biased and increasingly incoherent American media.

The personal highlight of the trip was visiting my beloved cousin Miriam, a true eyshet chayil, woman of valor. Miriam is 91 years old, a Holocaust survivor who, along with two sisters, escaped Poland. Six other siblings, including Miriam’s twin brother, perished. All of them are recorded at Yad VaShem, a project I undertook in 1990 during the period of the first Gulf War when I lived in Israel. I wanted to ensure that their souls would be forever remembered. In fact, a couple of years ago, a young Bar Mitzvah boy from Chicago reached out to me as he had selected one of these cousins who shared the same birth date with him to be his Bar Mitzvah twin. At his ceremony atop Masada, he read aloud the name of my cousin and together, one in body, the other in memory and spirit, undertook the important responsibility of being a Jew.

The rest of my trip was focused on engaging in learning and reflection around the war and the ongoing conflict with the Palestinians, if not with the people directly, most certainly with their political leadership. I traversed Israel’s most beautiful countryside from the Galil and Golan in the north, to Jerusalem and the Jordan Valley in the heart of the state, to Beersheva and the south. I participated in a national mission of LGBT Jews exploring gay life in Israel sponsored by A Wider Bridge, a pro-Israel, pro-Zionist organization based out of San Francisco. I traveled with the Association of Reform Zionists of America to further explore the country’s religious landscape and to learn how progressive Judaism is slowly and steadily increasing its influence in Israeli society. Lastly, I spent money to help Israelis recover from a devastating loss of tourism revenue this summer. 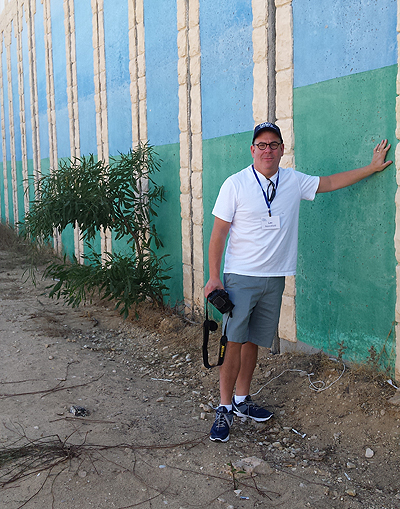