Following rumors and stories in Israeli gossip columns, transgender reality star Mikey Alroy confirms his relationship with girlfriend Daniela – in his efforts to prove to closeted transgender people that a relationship for transgender people is possible. In a “coming out” interview the two talk about the acceptance of Daniela’s family and getting over high school anxiety. 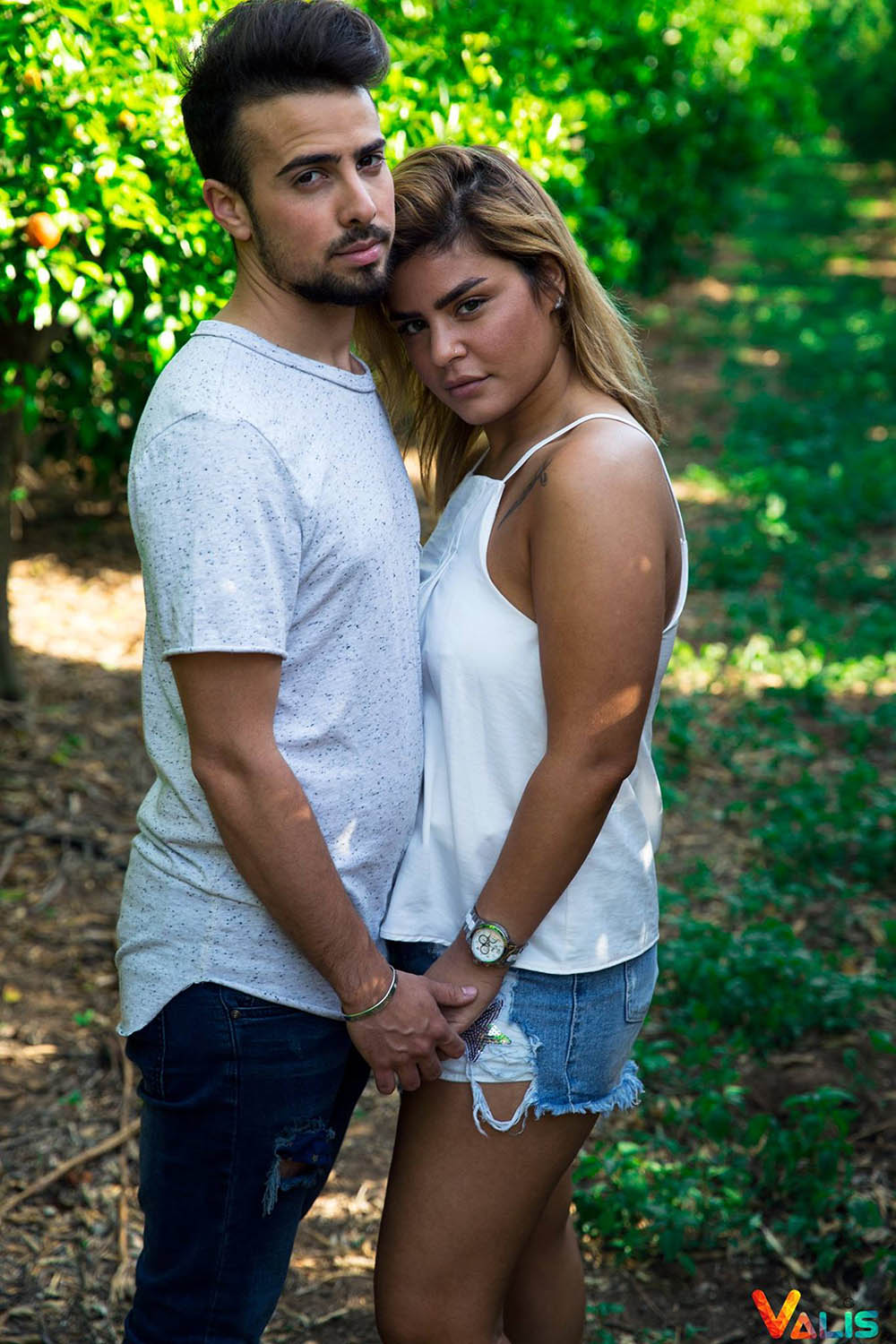 The love story between “Big Brother” alum Mikey Alroy, 27, and Daniela Ben Yair, a 26-year-old make-up artist from Rishon Letzion, began about a year ago. Daniella met Mikey for the first time as part of her job, when she worked with Keshet’s morning program and Mikey came to the show for an interview about leaving the “Big Brother” house. A few days later she saw him in the studios again, and this time Daniela, who was intrigued by Mikey, didn’t miss the opportunity. “I told myself that if I don’t ask for his number now I will never do it, it’s a one-time chance,” she recalls.

Two weeks prior to her first acquaintance with Mikey, she experienced a crisis following the cancellation of her wedding with another man. “At first I thought I wanted to convey the sadness I was in, and deal with something new that I never knew before,” she says, “but I didn’t plan that it would reach such levels of love.”

“At first I didn’t realize she was interested,” says Mikey, describing his emotional state during the time he met Daniela. “It was not easy for me to get someone into my world. At first we got to know each other for fun. I found her acceptance amazing. She doesn’t care about definitions, nor do they matter to her. ”

The two took their relationship step by step, therefore they didn’t tell many people about it. This was the case until July last year, during which a story was published about them in a gossip column without their knowledge, and the story was caught by the media, which outed them. It caught them unprepared, and mainly caused discomfort for their families and friends.

“It made a mess at home for me,” says Daniela, whose family is conservative Jewish. Everyone at home thought we were good friends, they knew him from the program and very much loved and accepted him, but nobody believed that there was anything romantic between us,” she explains. “That day was crazy. My phone didn’t stop ringing, and after I understood what had happened, I knew that it would not be easy for my family. ”

Daniela says that her family finds it difficult to accept Mikey as her partner to this day. “At first I denied the story to my mother and told her that it was just gossip, but you can only carry a lie for so long,” Daniela says. “At the end of the day you feel that lying to your family is lying to yourself. In retrospect, I’m glad that the story was published, although at that moment it was hard for me, but it did help us to come out of the closet. ”

“After the story was published I no longer came to her family’s home, I just felt uncomfortable,” says Elroy. “This is something that repeats itself from my personal experience in high school.” Mikey explains that already as a high school student, he experienced difficulty with the families of his girlfriends, as they found it difficult to accept his transgender identity. “All my high school girlfriends would hide me from their parents because it was unacceptable and wrong, and I had accepted it … I will not lie that it was sad and annoying, but somewhere I got used to this situation. To me, holding hands with Daniela on the street is obvious, but it was a big thing at the beginning, meaning I still had a problem with it, which, for her, it was quite difficult to understand. ”

The two said that their relationship has had ups and downs, as they parted and returned several times during the past year. “I’ve done a lot for myself to see if this is my place,” says Daniella. “I was constantly being led by society’s sayings, which is trying to dictate to me how I am supposed to behave.

“Today I don’t feel that I have a relationship that is different than anyone else’s. I know that my place is with him.”

The two testify that they sometimes encounter prying questions, especially about intimate issues. “I hear a lot of this snooping,” says Daniela. “What happens in bed, what do you do, if he is a man, then he has or does or doesn’t have it.I answer that it’s his and that it’s very personal. Generally I think that people like us, but they will also have a not-so-nice thing to say.”

“Just because I appeared on the TV show, I took on the issue of explaining, whether it’s the gender or even about the show itself,” Mikey adds. “I have the patience to explain.”

“The relationship throughout the year was like a roller coaster,” says Mikey. “As a trans boy, I used to think, ‘who would want me?’ And it’s important for me to clarify for other transgender people that in the end you will find a relationship and love, too. It’s important for transgender people in the closet to feel security with who they are, and bring out this confidence. There is nothing to fear or hide from. In the end, whoever you will be with will love you for who you are and not because of questions like what or how.”