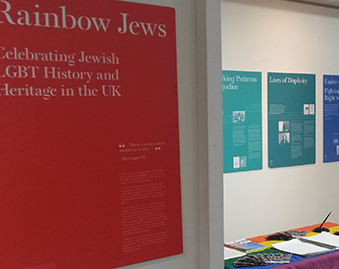 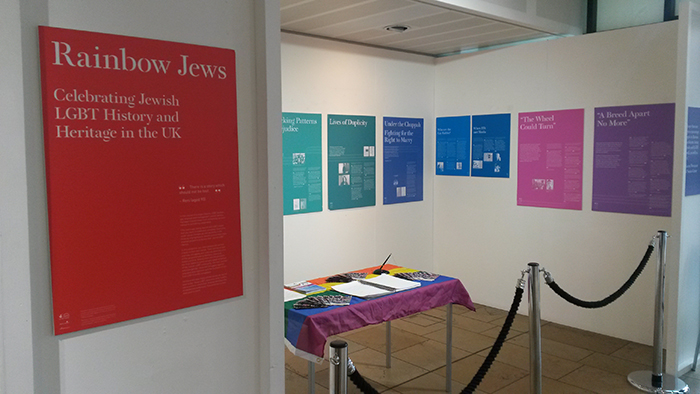 The title of the Rainbow Jews project tells us something crucial about the journey of lesbian, gay, bisexual and transgender Jews since the days before the 1967 ‘Sexual Offences Act, which decriminalised ‘homosexual acts’ between two men in private.

As the project booklet puts it (p.1), ‘Fifty years ago being Jewish and LGBT meant that you were invisible and unwanted.’

Since that time, legal and social developments in Britain, and changes in attitudes and policies within the progressive movements – and in particular, within Liberal Judaism, which hosted the Heritage Lottery funded project – have meant that at long last LGBT Jews have something to celebrate.

The Rainbow Jews exhibition, the fruit of the Rainbow Jews project, tells the story of that journey from secrecy, fear and loneliness to solidarity, pride, and celebration – and the role played by LGBT Jews in liberating ourselves, and fostering and promoting inclusion and equality within Jewish life.