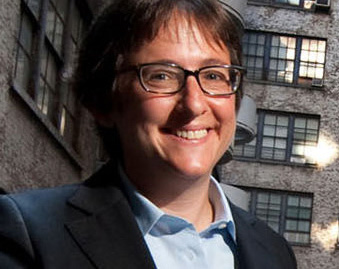 Since 1973, Congregation Beit Simchat Torah has been a refuge for New York City’s LGBT Jewish community and their allies. And for the past 20 years, Rabbi Sharon Kleinbaum has headed the congregation.  On Dec. 9 at John Jay College, an estimated 600 people will celebrate her tenure with a special event featuring New York Magazine’s Frank Rich and actress Cynthia Nixon. The celebrations of the rabbi’s anniversary have already raised $1.1 million for CBST’s capital campaign for a new dedicated synagogue at 130 W. 30th St.

“Rabbi Kleinbaum was hired by the lay leadership of CBST at a time when the AIDS epidemic was flaring, and our members were suffering and dying of AIDS. We needed a full-time clergy to help us deal with this crisis,” commented CBST Board President William Hibsher. “My then-partner was also dying of AIDS, and she was very much a pastoral clergy to us. She does that exceedingly well, but what sets her apart is that she has a very intelligent irreverence, and is respectful of people’s conflicting views and welcomes them to CBST, regardless of their beliefs system.”

Hibsher, who attended the installation of Rabbi Kleinbaum on Sept. 11, 1992, said that during her tenure there, she helped welcome Orthodox and Reform Jews, straight congregants and some who are not even Jewish.

“She really expanded the tent, and at a time when all other progressive synagogues are contracting, CBST’s membership is exploding,” said Hibsher. “It’s why magazines like Newsweek count her as one of the twenty most prominent rabbis in the country. She has driven the conversation about inclusiveness in religion, and has been a progressive voice in response to the Religious Right.”

Read the full story on Edge