In a deposition to clarify his position on topics addressed in his writings, Rabbi Col. Eyal Karim told the supreme court that he had meant to show that there is an obligation to love and help homosexuals, but understands why it was offensive. Karim said that he now does not believe that gay people should fight their sexual orientation. 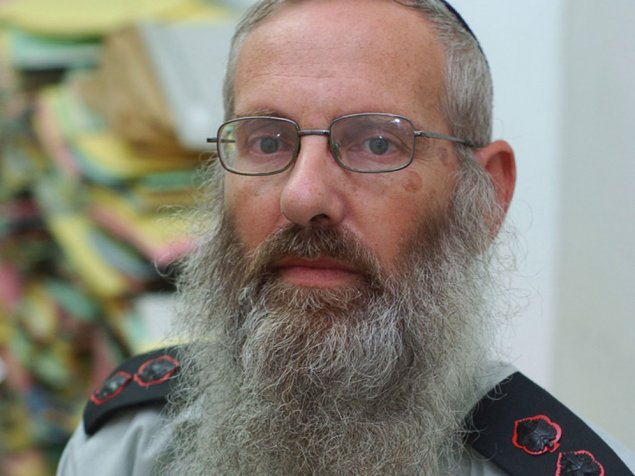 Three members of the left-wing Meretz Party have withdrawn their objection to the appointment of Rabbi Col. Eyal Karim for chief rabbi of the Israel Defense Forces.

Zehava Galon, Michal Rozin and Tamar Zandberg had filed a petition with the Supreme Court questioning Karim’s appointment over controversial statements published over a decade ago.

The court froze Karim’s induction pending his filing of a deposition clarifying his position on the topics addressed in his writings.

In a statement issued Sunday the Meretz lawmakers thanked Karim for “the clear words that were written and for the important ethical message for the male and female IDF soldiers.”

“It is good and important that the petition brought [Karim] to repudiate the dark positions that he has taken in the past and we accept his response to the petition,” they also wrote in the statement.

Karim was named IDF chief rabbi in July. He reportedly has been training under the current IDF chief rabbi since he was nominated. His induction ceremony had been scheduled for Nov. 23, but it was postponed pending the court’s response to his deposition.