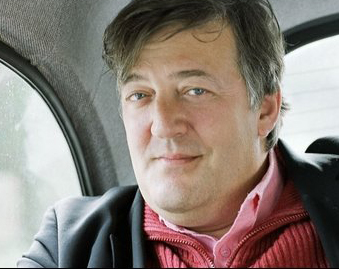 A Norwich City supporters’ group officially launched during the club’s match against Tottenham has been backed by gay Jewish writer and actor Stephen Fry.

The actor is the honorary president of Proud Canaries, a new club for lesbian, gay, bisexual and transgender fans.

Amal Fashanu, the niece of the late Justin Fashanu, an ex-Norwich player and one of the world’s first openly gay footballers, is patron. “It’s a fantastic coup to get Stephen,” said the group’s Di Cunningham.

Proud Canaries hopes to tackle homophobic behaviour at games. “We’ve ended racist language in football pretty much on the terraces and in the stands and it’s time to do the same with homophobic language,” said Ms Cunningham.

Fry, who grew up in Norfolk and has a home in the county, tweeted the group his support on Saturday. “It’s brilliant that he’s one of the directors of the club, so for him to be our honorary president is fantastic,” said Ms Cunningham.

Recently, it was announced that Stephen Fry will play the British Prime Minister in the movie 24: Live Another Day, as Kiefer Sutherland returns to the role of Jack Bauer. Fry confirmed the news on Twitter, posting a link to a story on Deadline Hollywood and writing, “Well, this particular cat is out of the bag”. 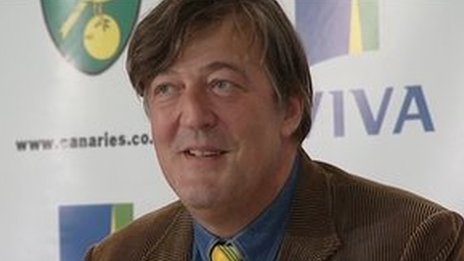