Dana Beyer participated in the historic JFNA LGBTQ mission to Israel and came up with the term Political Cognitive Dysphoria, as an analogous to the gender dysphoria suffered by transgender people, to describe people who support Israel’s LGBT community, but disagree with the country politics. 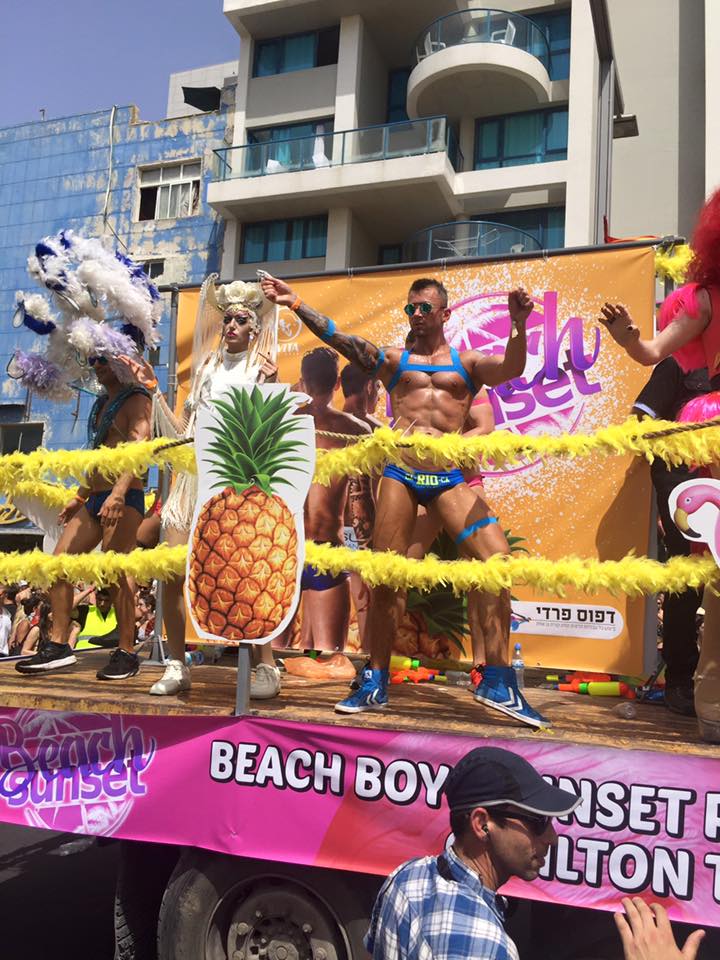 Cognitive dissonance is described as the mental discomfort experienced by an individual who holds two or more contradictory beliefs, ideas or values at the same time. It’s analogous to the gender dysphoria suffered by many trans persons when their innate biological sense of self doesn’t match the gender they were assigned at birth and in which they were raised. I believe it can also be extended to larger population groups, which, in an age of growing extremism on both the right and left, feel forced to hold two (or more) seemingly contradictory ideological beliefs about different aspects of society. The cognitive dysphoria is created by the extremists, on both the right and left, for political purposes; there is no inherent reason there should be a problem in the first place, as the ideas are often independent concepts. When you define your terms clearly the problems dissolve.

Exhibit A is the issue of pinkwashing, or pinklying, about which I’ve written extensively this year. Israel’s Pride Week this year has, once more, enabled the concept to flourish. I participated in the recently concluded historic Jewish Federations of North America (JFNA) LGBTQ mission to Israel, successfully led by Stuart Kurlander. The first such mission in eleven years, and the largest ever, the journey was filled with events to match its historic nature. We were invited to meet President Rivlin, at his residence in Jerusalem, and U.S. Ambassador Shapiro at his residency in Herziliya. The visit was covered by major Israeli media, from Haaretz to the Times of Israel. We visited projects supported by the JFNA, from the Kadoorie Agricultural High School in the Galilee; NGT3, the only tech incubator in the country which includes Israeli Palestinians, in Nazareth; Yevulim Ecological Farm, an agricultural school for the developmentally delayed, in Hod haSharon; and visits with Palestinians, such as Ali Abu Awaad of Shorashim, and excursions highlighting the security situation – within Israel proper, the West Bank and East Jerusalem, and the surrounding battlefields.

Those stops were interspersed with visits to the local LGBTQ community, including the LGBTQ Jerusalem Open House, and the LGBTQ community center in Gan Meir in Tel-Aviv, home to many gay and trans organizations in the region, including IGY, Israel Gay Youth; Ma’avarim, the trans political group; and Gila, the trans social outreach group. We also visited Beit D’ror in Tel-Aviv which houses primarily homeless trans persons, and is mostly government funded. Early in the week some of us spent Thursday evening in Zion Square in Jerusalem, participating in the weekly “Meeting Place” initiative led by Sarah Weil where the local LGBT population meets to remember Shira Banki, who was murdered during last year’s Pride parade, build community, and meet with those opposed to equality, face-to-face.

I would also like to note that while the gay community in Israel politically supports the trans community, it is the trans community, with very little money, that takes care of its own. They work ceaselessly and selflessly with little financial support, and deal with their own problems of intersectionality, sex work, domestic abuse, housing, bureaucracy, and providing therapy and social work within some very challenging situations. Remarkably, the prevalence of HIV in the trans population mirrors that in the general population, unlike in the U.S.