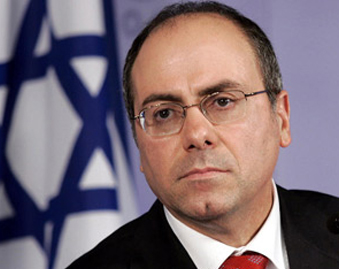 Interior Minister Silvan Shalom asked to raise the domestic partnership filing fee for couples in which one partner is not an Israeli citizen. It basically means that an LGBT couple will now pay NIS 1225 more than a straight couple in order to be able to live together in Israel.

What is discrimination? Discrimination occurs when the Minster of Interior demands to double the fee that an Israeli citizen has to pay in order to remove the alien position of a non-citizen “known-in-public” spouse ( a parallel position to domestic partner in the U.S) in the country.

While gay marriage is not legal in Israel yet, in a straight marriage in which one of the couple is not Israeli, they have to pay a fee of NIS 1625. Now the Interior Minister Silvan Shalom asked to raise the domestic partnership filing fee, which also includes same-sex couples who got married in other countries, to NIS 2,850. It basically means that an LGBT couple in which one of the couple is not an Israeli citizen will now pay NIS 1225 more than a straight couple in order to be able to live together in Israel.

“There’s no reason that same-sex couples should be discriminated against, and moreover, triple the amount”, MK Yael German told Israeli website Mako Pride. “First and foremost they are not allowed to legally marry in Israel, then they have to wait 7 years – as opposed to 4.5 years for straight couples- in order to get permanent residency, and then the higher amount of the fee. Instead of dealing with increasing fees, the minister should deal with the end of the discrimination.”

“Same-sex couples are already being discriminated against in the regulation, and in addition to that, couples who got married in foreign countries are forced to go through a process of Known-in-Public, not married, only because they are a same-sex couple !,” states Oded Frid, CEO of the Aguda, in a letter to the members of Knesset who are scheduled to participate in the discussion of the new rule.

“The meaning of discrimination is a longer process that grants at the end only permanent residency, instead of citizenship,” adds Frid in his letter.

The discussion about the new regulation was scheduled to occur on Tuesday, but due to pressure from the public and from other members of the Knesset, it was postponed until further announcement, while the Minister of Interior said he would re-visit the fees issue.