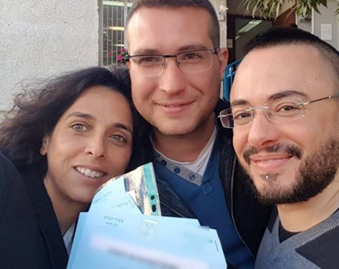 The Israeli Population and Migration Authority changed transgender father’s sex on ID card back to female without his consent, following the birth of his son. Now the state acknowledges that both of the newborn parents are fathers, but refuses to give a birth certificates that indicates it. 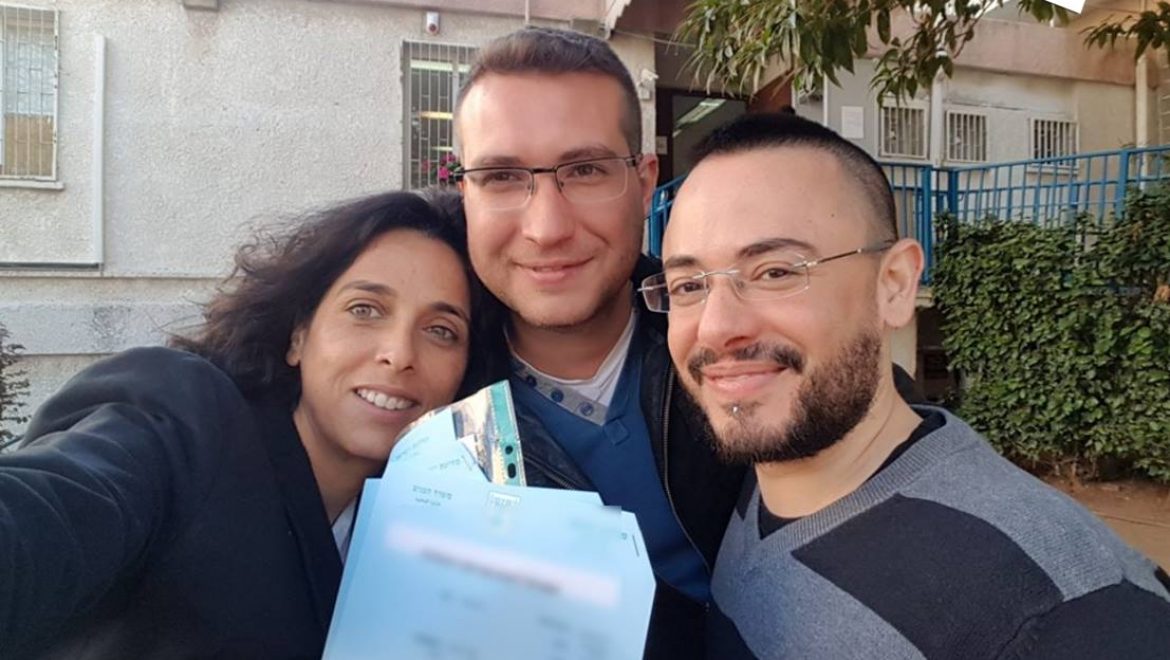 A year after the birth of their son Tomer, the Mariuma-Marom family arrived at the Population Bureau in Ramat Gan yesterday to receive new identity cards for their son, Tomer.

The registration was held after a whole year when the Population Registry refused to register the two as Tomer’s parents, even though both Yonatan and Daniel are Tomer’s genetic fathers, because Yonatan Marom, who was born as a female and underwent sex reassignment surgery, remained with female reproductive organs and gave birth to their son.

After the birth, the Population and Migration Authority changed Yonatan’s sex clause back to the female without his consent, and registered him in Tomer’s birth certificate as “the mother.”

The couple filed a petition against the Minister of the Interior and the Population Authority, in cooperation with organizations Maavarim and The Aguda. In last month’s High Court hearing, the state was required to register the two as the child’s fathers in the population registry.

The couple is now waiting for another decision by the High Court of Justice regarding the registration in the birth certificate, and hope that in this case too the court will decide in their favor and demand that the state register Yonatan as Tomer’s father.

“The feeling is amazing,” said Daniel. “I’ve been fighting for a whole year to be my child’s father. It’s great for me to get recognition after the court ordered the state to recognize me as a father and bring reality back to Yonatan. As for the continuation of our struggle, it is a very absurd situation. On the one hand, the state recognizes that we are both fathers, but our son’s birth certificate still shows “mother.” Why make the difficulties if the state already recognizes that the reality is different? We will not give up until this document is fixed. “