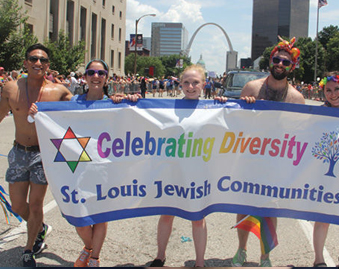 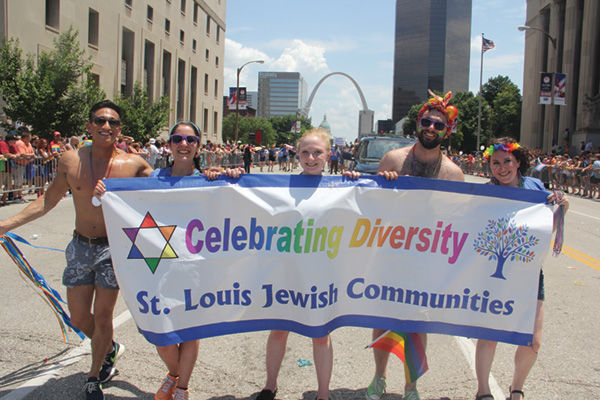 Lawrence Amitin said the St. Louis PrideFest parade this year felt different because of the terrorist attack at a gay club earlier this month in Orlando, Fla. In the wake of the attack, he said he could relate to the LGBT community not only because his daughter is gay but also as a Jew.

“They showed their resiliency and their strength, and they didn’t show weakness,” said Amitin, a member of United Hebrew Congregation. “They banded together just like the Jewish community has banded together” during times of persecution.

At the parade Sunday, thousands of people marched along Market Street downtown despite temperatures in the high 90s.
Among the more than 100 people who marched with the Jewish contingent there were plenty of people who did not identify as LGBT. Some said they attended because they have a close friend or family member who is gay. Others gave reasons similar to Amitin’s.