On Thursday, 5pm Israel time (10am ET) Israeli noted newspaper Ha’aretz will conduct a debate on “Pinkwashing.” Aeyal Gross and 40 Years of Pride speaker James Kirchick will be on both sides of the issue. 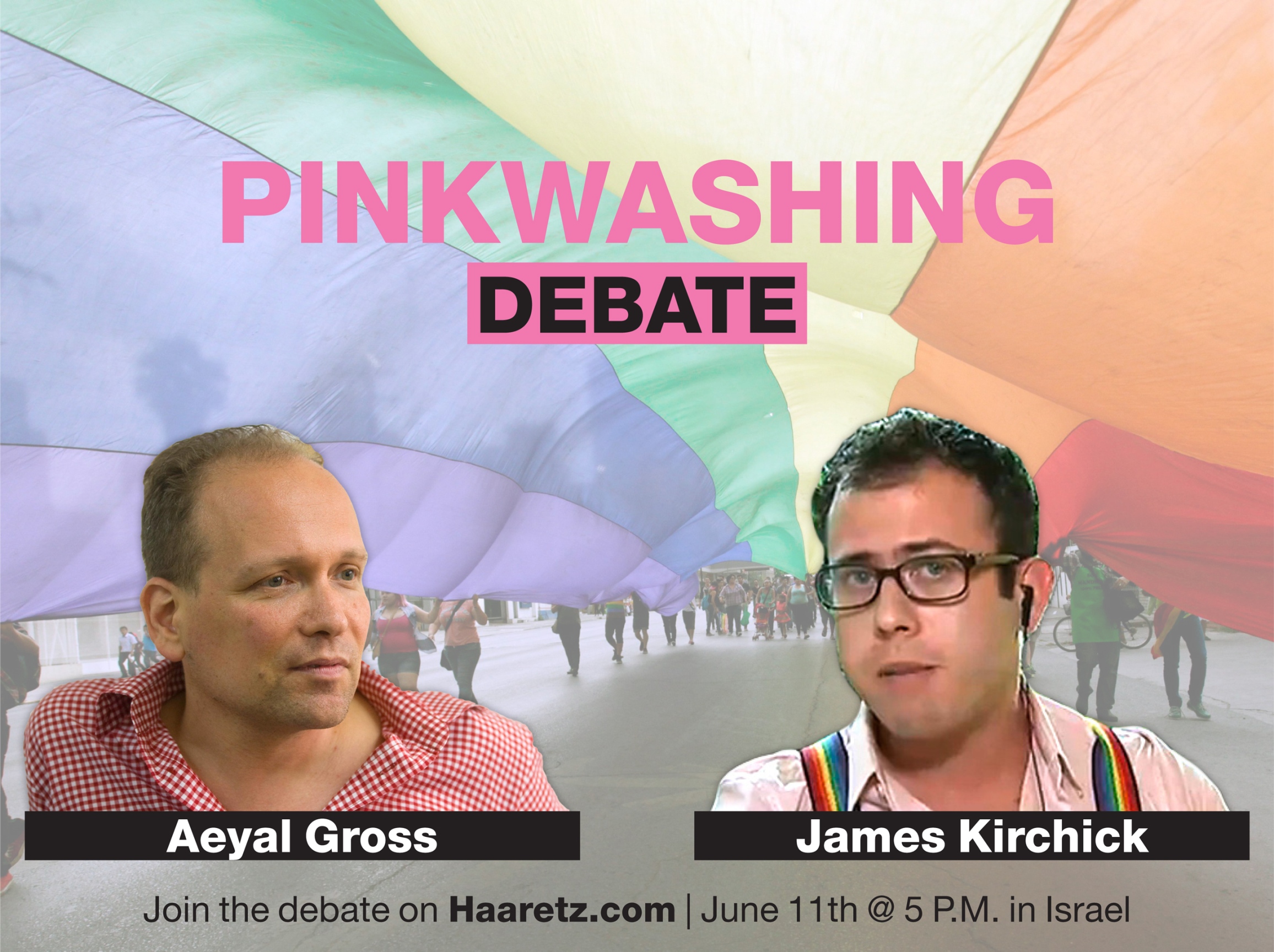 Before the debate takes place, the two have written op-eds in the newspaper. Read them below.

Israel is far from perfect when it comes to the equal treatment of its LGBT community, but it has much to teach the Middle East – and, indeed, the world.

Yet according to naysayers, the true purpose of this week’s Tel Aviv pride parade, and the whole legal and societal architecture that has earned Israel a gay-friendly reputation, is just a massive con job meant to provide a smokescreen over the country’s oppression of Palestinians. This nefarious propaganda campaign is known as “pinkwashing,” according to its detractors, a motley crew including everyone from Muslim fundamentalists to left-wing fellow travelers of Hamas.

Reading about so-called “pinkwashing,” it is remarkable, yet hardly surprising, that – as is the case with so many alleged wrongdoings – it is the Jewish state and the Jewish state only that is singled out for this opprobrium.

I have written extensively on the topic of “pinkwashing” since it first made a splash in certain far-left academic and radical activist circles about four years ago. So preposterous on its face is this slander, and so disingenuous and dishonest are those who push it, that I hesitated to accept the offer from Haaretz to engage in this debate.

continue reading in Ha’aretz (some browsers require logging in)

Two years ago, Haaretz political correspondent Barak Ravid wrote that he doesn’t recall Benjamin Netanyahu ever saying “homosexual” or “lesbian” in Hebrew, but does recall at least 10 instances in which the prime minister spoke about “gays” in speeches he delivered in English. In Israel, said Ravid, Netanyahu flees from LGBT issues as though they were on fire, but abroad he enjoys using the community for propaganda purposes in his war against Iran.

In almost every speech he has made in the United States or Europe, Netanyahu points out that in Iran they hang gay people in the public square, while in Israel we have gay pride parades.

Similarly, after the flotilla incident in 2010, when the Israeli navy killed nine activists aboard the Gaza-bound Mavi Marmara, Netanyahu urged peace activists: “Go to the places where they oppress women. Go to the places where they hang homosexuals in town squares and deny the rights of minorities… Go to Tehran. Go to Gaza.” He continued: “Anyone for whom human rights are truly important needs to support liberal democratic Israel.”

These statements by Netahnayu encapsulate what has came to be known as “pinkwashing,” essentially the use of LGBT rights by Israel as propaganda, in a way that seeks to brand Israel as a liberal democracy – one that, even if it violates human rights in some areas, shares basic liberal values with other Western countries – and divert discussion of the occupation and the violation of human rights it entails.