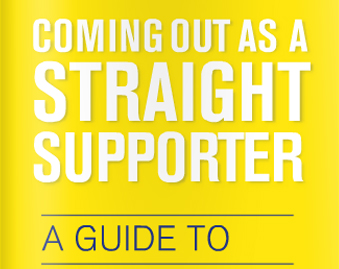 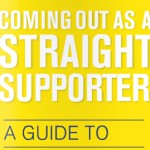 The Human Rights Campaign Foundation, the educational arm of the nation’s largest lesbian, gay, bisexual and transgender (LGBT) civil rights organization, and its Coming Out Project, in partnership with PFLAG National (Parents, Families and Friends of Lesbians and Gays), the original family and ally organization, and its Straight for Equality project, today released a comprehensive update of Coming Out as a Straight Supporter.

PFLAG National Executive Director Jody M. Huckaby said, “PFLAG was founded by Jeanne Manford, the Mother of the Straight Ally movement, 40 years ago: a time when standing up and saying ‘I have a gay son,’ or ‘I have a lesbian friend’ was unheard of. Since she came out as an ally, we’ve seen the power of parent allies in PFLAG, and friends and colleagues through our Straight for Equality project. This guide provides support for that first step in the coming-out process for straight allies.”

The resource is intended to be a welcoming guide for straight supporters to build bridges of understanding when someone they know comes out to them. The guide answers initial questions, and shares facts, strategies, and ways to show your support of LGBT equality.

Read the full article on Boston.com