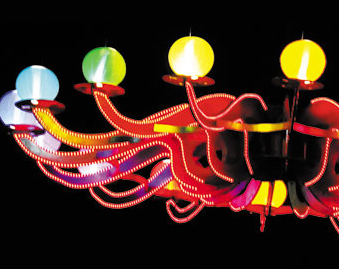 In its first year downtown, the Houston parade couldn’t have been better timed, drawing record crowds

This could be nicest piece ever written about Houston by someone from Dallas.

I was in the Houston Pride parade and they did everything right. OK, there were a few things that made this Dallas queen cringe, but in the end it was perfect.

Best parade I ever attended.

And I grew up in New York, raised on the Macy’s Thanksgiving Day Parade.

OK, so there were no Bullwinkle Balloons in Houston, but that televised New York parade is filled with Macy’s employees holding the balloons and actors pitching plays, films and TV shows.

The Houston Parade? Held one day after Marriage Equality Decision Day, there were no actors, no employees. There was pure celebration and joy. Non-stop cheering and elation.

But while I was there celebrating with everyone else, I was wondering: What do they do so right that 10 times the number of people flock to

Houston for their parade than attend the Dallas parade? An estimated 450,000 people lined Houston’s downtown streets (later estimates ranged as high as 700,000).

What did they do so right? Lots of things.

The companies that participated didn’t just drive their truck down the street. They, too, created imaginative floats. And the floats weren’t thrown together but were created by designers.

I marched in the parade with Keshet Houston — Houston’s LGBT Jewish group.