The first-ever Kooz Queer fest, which had a modest bow earlier this month in the northern Israeli city of Haifa, made little ripples of history in its own right. 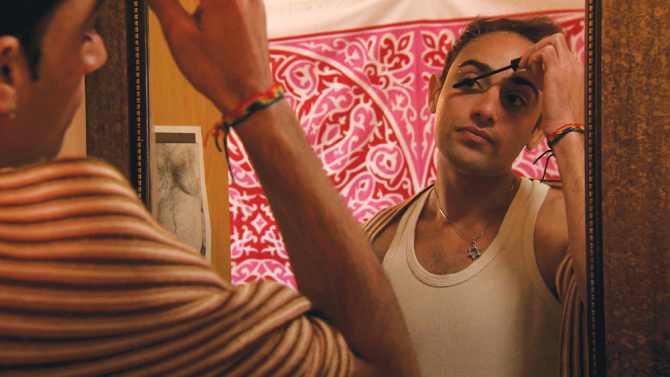 The tiny three-day fest, established by grassroots org Aswat-Palestinian Gay Women, and held across a handful of Haifa coffee shops and art venues, opened up a dialogue about the overlaps of occupation and sexuality; and of the borders of individual identity in the context of an uncertain international existence.

The goal of the fest: to provide a platform for home-grown, gay-themed films at a time when most LGBT Palestinians still feel a need to stay closeted.

Films made by, and about, gay Palestinians are few and far between. But the team at Aswat, inspired by similar grassroots festivals around the world, nevertheless felt the time was right to launch their fest.

“Most films talking about gay Palestinians are made by Israeli or Western eyes, and they don’t represent the real voice of Palestinians,” says Hanan Wakeem, Aswat’s educational project manager.