Love across geographical and political borders, as a concept in movies, has become hackneyed  But director Michael Mayer has managed to side step this one with intelligence and instead has worked on the chemistry between the charming lead actors. At no time in the movie does the film dwell on the Israel-Palestine conflict and yet highlights well, the challenging reach between people from either side; even people who consider the Palestinian fanaticism and Israeli Security Forces’ cruelty, as malignant tumors.

The Plot centers around the love relationship between two young men on opposite sides of the Mid-East conflict: Palestinian Student Nimer (Nicholas Jacob) and Jewish lawyer Roy (Michael Aloni). Palestinian society isn’t keen about homosexuality. Neither do the Israeli security forces like a Palestinian lad roaming around in Tel Aviv – these are the problems Nimer faces. But both men are madly in love. And how the two face up to these challenges is what this engaging drama on love, family, loyalty, cultural identity, rejection and struggle, is all about.

Both lead actors shine in their respective roles. Hats off to director Mayer for touching on such controversial subject-gay relationship, in his very first feature film and for handling the film with such care and sensitivity, all the while maintaining that threatening sense of urgency – all in all, an inspiring movie! 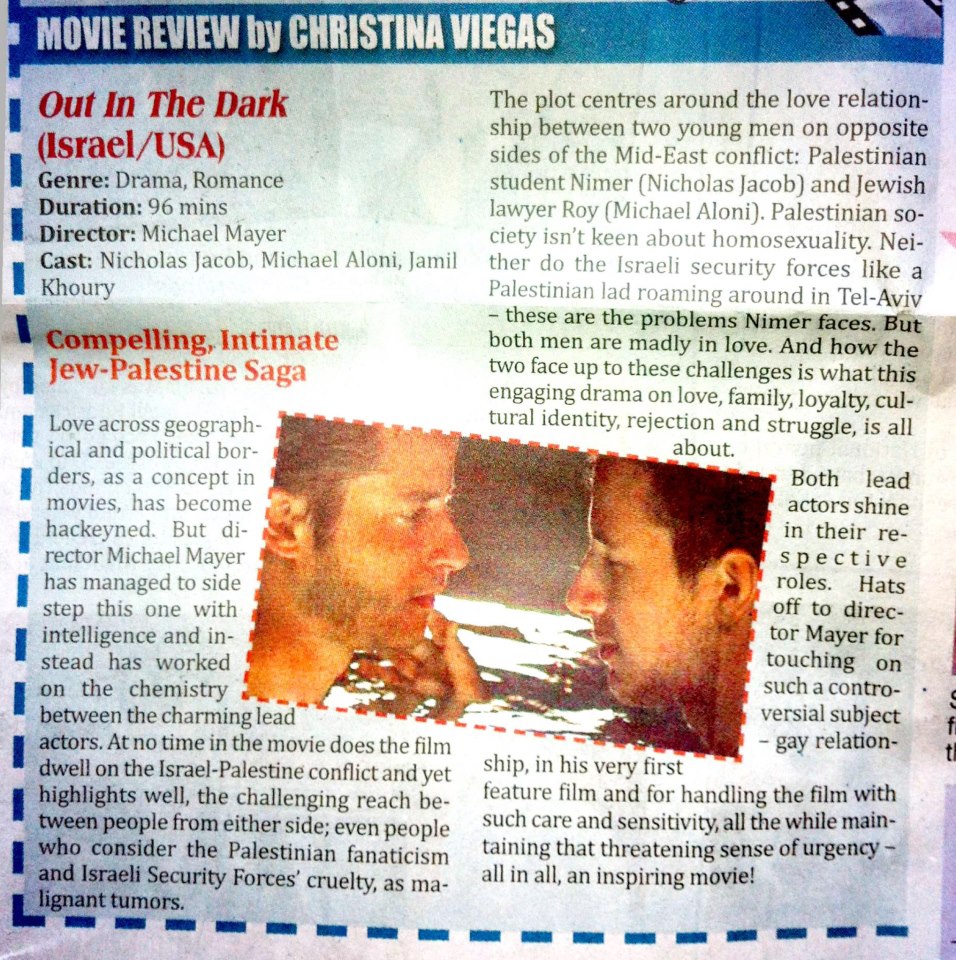