On July 25, hundreds of members of the LGBT community will march at the pride parade in Rishon Lezion. Although the annual parade is relatively new in town, it brings a colorful atmosphere of freedom that is new. One of the most fascinating people in show will actually be behind the scenes: Shachar Nachman Hadar, organizer of the Gay parade and pride events in Rishon Lezion. 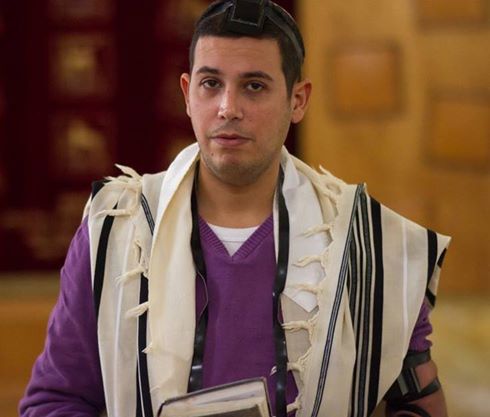 Hadar’s story could easily become a Hollywood film whose plot takes a new twist at any moment. In his 35 years he grew up in a secular family, turned to Orthodox, married and brought a child into the world, came out, and turned into a successful drag queen. Despite all of these developments and successes, he has only one dream: “to raise a child with my partner,” he says with a shy smile.

Since coming out of the closet, Hadar promised himself not to change anything in himself, but also not to give up anything in either of his identities. So he became a religious guy, wearing a large Kippah, and goes out in the evenings to volunteer in various organizations for the LGBT community. In the morning he visits Yeshiva and in the evenings he performs as a drag queen.

“I see drag as performance art,” he explains, “as an actor portrays a character. I actually communicate a message here, that for me the most important thing is: you can be both gay and religious. If you can come to terms with it, you can accept and love yourself as you are and not change anything.”

The Torah forbids homosexual relations. How do you live with the dissonance between your worlds?

“It’s not easy, it is a conflict of years. This is why I talked to a lot of religious gays who supported and helped me. The sexual orientation of loving a man is not forbidden by the Torah. What is forbidden is homosexual intercourse, and that’s the only prohibition in that matter. I broke this command and did sleep with men, but I also realized that no one is perfect, even the greatest rabbi is not innocent. I knew I was a good person. I have good intentions and I have no desire to hurt anyone. I thought that with all the good I give, I happen to also violate such a law. But as time has gone by I’ve succeeded in giving up sexual relations with men and don’t need it.” 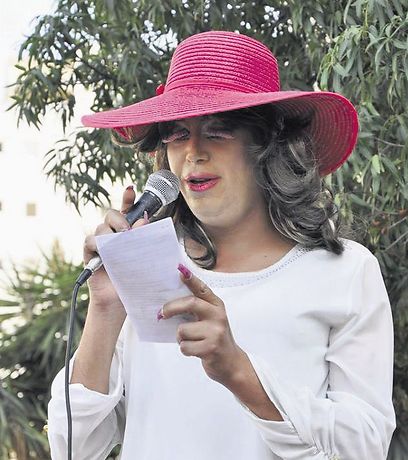 You gave up sex?

“Yes, it is possible and I worked on it a lot. Though passionate, I was able to overcome this and today I don’t break the sleeping with a man law. It doesn’t bother my partner, he is not interested in sex. All we care about is love.”

Even in the LGBT community, Hadar is also considered exceptional, even though he wears a rainbow flag colored knitted Yarmulke. “Most of the gays accept me, but I also encounter cases where I come to a gay club and am told it’s better to put the Yarmilke in my pocket. I had a case where people shouted at me to go back to Meah Sha’arim (the most orthodox religious neighborhood in Israel) . Those people who find it difficult to accept a gay with a Yarmulke. There was a time when I was Orthodox and had nobody to tell about the gay thing, and on the other hand gay people cursed me and didn’t accept me either. It was like being stuck between two worlds. ”

Are you angry at God for creating you like this?

“No. I know He loves me and how he created me. I am more angry at rabbis who told me at the time that the whole essence of the Torah is ‘love thy neighbor,’ but concurrently taught that not everyone is equal and distanced those who were different. It’s a shame.”