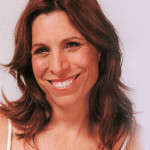 Orna Banai is an Israeli actress, comedian and entertainer. Banai was born in Beer Sheva, Israel. Her father was a local judge, and her mother was an education executive for the City of Beer Sheva. Many of her relatives are successful Israeli actors and singers. The Banai family is a household name.

After three years of studying acting at Nissan Nativ’s studio in Tel Aviv, Banai started performing in stand-up comedy and entertainment shows. She became most known for her character “Limor” in the satirical Israeli television shows Action and Rak Be’Israel (‘Only in Israel’) in the late 1990’s. Since 2003, Banai has appeared in another popular satirical show, Eretz Nehederet. In addition, she has acted in television dramas proving that her range of acting is very wide – from a light, entertaining comedy to heavy theatrical plays and dramas. Banai appeared in theatrical plays like ‘Singles’ and ‘The Last Striptease’. In 2005, she played “Efrat” in the television show Ima’lle, to which she contributed writing. The show was based on the story of Banai’s own pregnancy and the birth of her son Amir.

In 2008, while in a serious relationship, Orna adopted her second child, a girl named Mika. In 2011 she came out of the closet, and now resides in Tel Aviv with her partner and two children.

In addition to her job in the entertainment industry, Banai is a political activist and is most identified with animal rights activities. She served on the board of the Tel Aviv City Hall Council as a member of the Green Party – a political party that puts environmental issues and animal rights at the top of their agenda. Banai also lectures on these subjects in seminars, appears in TV ads on these subjects, and participates in related events.