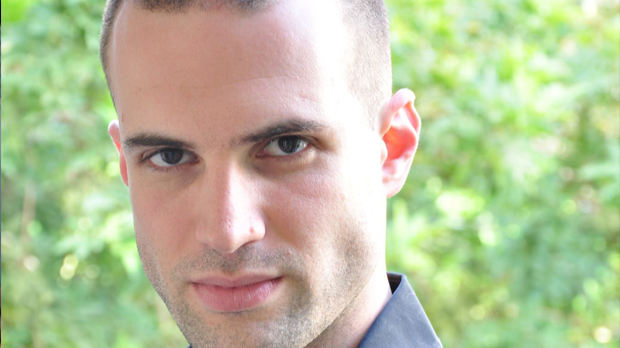 Israel’s Surrogacy Law doesn’t apply to single women or same-sex couples – who are forced to seek surrogacy abroad.  Gay Activist Asaf Weiss reminds us that it’s time for a change. 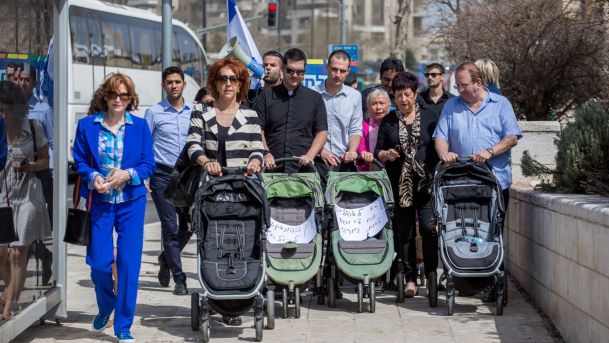 A demonstration on behalf of the right of same-sex couples to local surrogacy, in Jerusalem in March 2016. Photo: Emil Salman

The relationship between the High Court of Justice and the government has been very tense lately, and here’s another issue about which they are in dispute, dancing around the topic as if at a masked ball. The time has come to end the masquerade and finally decide on the surrogacy issue.

In this dance between the government and the High Court, everyone seems to be ignoring the assumption that the sole reason for the cabinet’s resistance to ending this discrimination appears to be homophobia and conservatism.

Let’s start from the beginning: Israel’s Surrogacy Law was passed 20 years ago. It allows heterosexual couples who are unable to conceive to fulfill their dream of being parents using a surrogate mother.

For 20 years, straight couples — comprising one man and one woman — have been able to realize their right to parenthood. But for single women and same-sex couples, it has been 20 years of discrimination that has forced them to give up the dream of being parents unless they are willing to undergo complex and expensive surrogacy procedures abroad. All this is in addition to the endless legal struggles on the issue.

During her term as health minister, MK Yael German (Yesh Atid) formulated a bill that sought to end this legal discrimination and allow everyone access to local surrogacy procedures. At the same time, around two years ago, Etai and Yoav Pinkas-Arad and the Association of Israeli Gay Fathers petitioned the High Court against the discrimination inherent in the law.

Extensions of deadlines, committees, deliberations and various remarks by Supreme Court justices against this discrimination have all resulted in the perpetuation of the situation.

But now, in light of the recent government opposition to amending the law, the High Court has an opportunity to stop this charade and finally rule that there is no justification for this continued undermining of the right to parenthood and the right to equality.

Continue reading in Haaretz (some browsers require a login)

Asaf Weiss was a senior adviser to Health Minister Yael German and coordinated her effort to amend the Surrogacy Law, during the previous government.