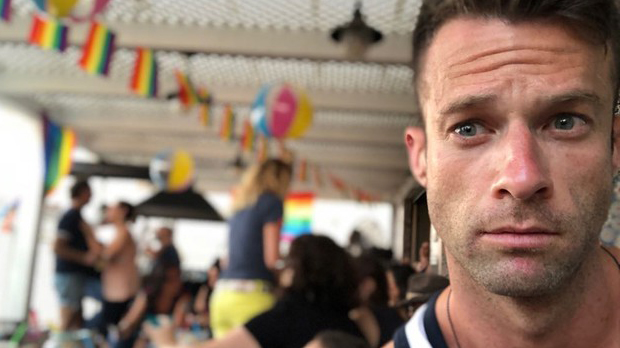 Roee Neuman claims that the pride parade that took place Friday, June 8,  belongs only to Tel Aviv and not to all of Israel, and accuses the Israeli Prime Minister of using the gay community in his world propaganda: “You can’t vote against us again and again and then go out to the world and brag about being that only country in the Middle East who doesn’t persecute gay people. In compare to most of the Western countries, Israel oppresses the LGBTQ community and prevents full equality.” 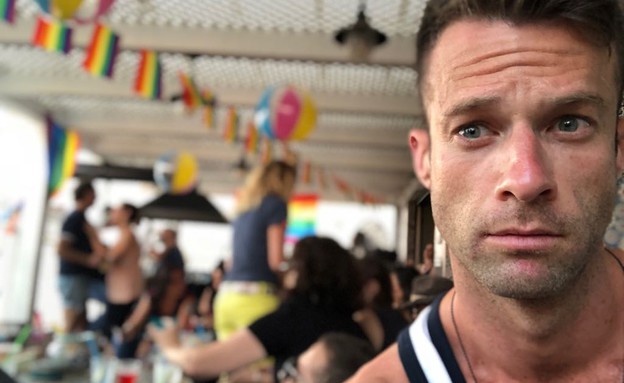 The pride parade held last weekend in Tel Aviv was exactly what its name indicates: Tel Aviv’s Pride Parade. Not Israel’s. To be an LGBT person in Israeli society nowadays is not a great pleasure. Let’s drop the big things for a moment, the discrimination and legislation; let’s talk about the everyday life. Ask any lesbian, gay, bi or trans if they remember the last time they were “in” the closet. You’ll be surprised, they won’t tell you about the conversation with their parents. They will tell you about the taxi driver who yelled “you fag” at them, maybe they’ll tell you about that moment they entered a work meeting and were asked if they had a wife.

The reason why we, LGBTQ people, celebrate so much on Pride Week is that we are being attacked for who we are on a daily basis, and we have one weekend a year to be together, be who we are, without these feelings of anxiety, worry, or oppression. Thirty years ago, the annulment of the law on the prohibition of gay sex was passed, and only last week people shouted “you fag” at me on the street. Processes take time, maybe too much time. There’s no shortcuts in which things can change in a second. It goes through visibility, through coming out of the closet, through leaders who lead different types of public to accept those who are defined as “different.”

But the main path is the one that goes through the political leadership of the country. The elected officials in the State of Israel don’t pass legislation that ignites hatred – on the contrary, they inflame hatred. And no LGBTphobic comment gets condemned, especially not by the Prime Minister’s Office.

The debate is not only about the question of gay marriage. The Israeli government has repeatedly objected to the law that prohibits conversion therapy, which also contribute to the fact that the rate of suicides among LGBT youth is significantly higher than in any other sector of the society. The Israeli government prevents gay men equal opportunity in surrogacy and adoption, prevents lesbian moms to register as two mothers, and the list goes on, and it’s long. The state is doing everything possible to define the LGBT community as an outsider to the mainstream, as inferior and unequal.

The LGBTQ community around the world serves as a sign for the liberal, Western countries. There are those on the side of the “good guys” and those who are on the axis of evil. Those who sentence LGBT people to death and those who treat them as equals. No more than 48 hours after the end of the Gay Pride parade in Tel Aviv, or 96 hours after the Knesset voted yet again against equality in marriage, and the Prime Minister of Israel hastened to use us, the gay community, the one he frequently votes against accepting as equal– as a bright pink bucket in his world propaganda speech.

How do you think his speech made us feel? It’s a knife in the stomach of any LGBT couple who had to shamefully fly abroad in order to get married – because his country does not recognize his love. How do you think it feels for the transgender teen who was brutally attacked two weeks ago and no one in the political system condemned the attack, certainly not the prime minister? How do you feel felt the family and friends of Shira Banki, who was murdered three years ago at the Gay Pride Parade?

The situation of the gay community in Israel is not pink and certainly not bright. Netanyahu and his government are not promoting Israel to equal rights for the gay community – only deteriorating it. Next week, MK Michal Rozin’s bill, which states that the law that forbids to discriminate based on race and sex, should be amended and also include no discrimination based on sexual orientation, and what do you think the government of Israel will do? It will say that you can definitely discriminate based on sexual orientation. Netanyahu himself did not even bother this year to upload a hypercritic video to wish the community a “happy holiday.”

It’s time to tell Netanyahu that enough is enough. You cannot vote against equality and say abroad that LGBT is not persecuted here. It’s impossible to prevent us from having families and then go on saying that the situation of gay community in Israel is wonderful – it is not, and as a citizen I will never wake up in the morning and thank someone for not hanging me. You cannot vote against us again and again, and than say that Israel is the only country in the Middle East that accepts gay people. Israel is a Western country in every aspect, and in almost every comparison to Western countries it is a state that oppresses the LGBT community, denies it full recognition and equality, and these facts have one person responsible: Benjamin Netanyahu.

Please note that the opinions stated in this article are that of the authors, and do not reflect A Wider Bridge’s.