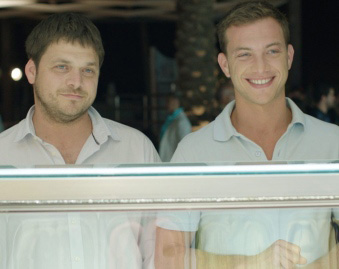 The Silicon Valley Jewish Film Festival is giving you another chance to catch the gay-Israeli movie that the LGBT community around the world is raving about: ‘Yossi’.

The movie, which got Ohad Knoller (as Yossi) the Best Actor Award at the Cardiff Gay & Lesbian Film Festival, and which provided an international career for co-star Oz Zehavi, wil be screened this Saturday, November 10,

2012 at 7:30 PM at the OFJCC (please see exact details in the ad below). The screening is co-sponsored by Billy DeFrank Silicon Valley LGBT Community Center.

“When I got into this project I kind of knew that it was going to be talked about all over the world,” co-star Oz Zehavi (he’s straight!) told A Wider Bridge in an exclusive interview earlier this month. “To tell you the truth, it was one of the reasons I wanted to do this movie, as a part of my development as an actor globally , and now in the US. Also, I wanted to work with Eytan Fox. He brought out of me something that I haven’t done before. It’s very different than the roles I had usually done in Israel.” 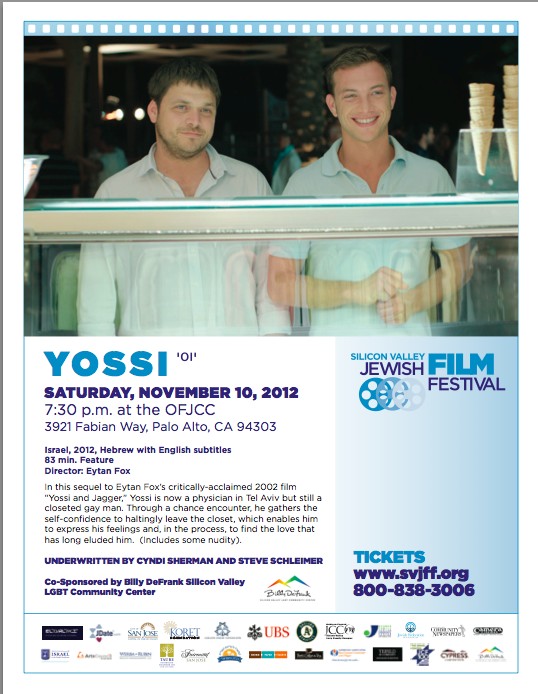 Director Eytan Fox, who was recently interviewed by UK’s Jewish Chronicle, said that he’s not making political films, although politics sometimes do form part of the narrative. “‘Yossi’ is less political than a film like ‘The Bubble’ or ‘Walk on Water’ [released in 2004],” he told the magazine, “But I think – and this is a cliche – everything is political, especially in Israel.”

Fox also claimed that Ohad Knoller didn’t quite jump for joy when he told him about his idea to make a sequel to the 2002 gay-love tragedy, ‘Yossi & Jagger.’ “Ohad, who’s a dear friend, was ambivalent about the whole idea,”

he recalls. “Ohad and I went through a few bumpy times in our personal lives in the last two years.  We felt that a lot of the issues we were dealing with were similar for both of us and could come into Yossi’s story”.

‘Yossi’ is definitely one of the most important LGBT movies of the year. 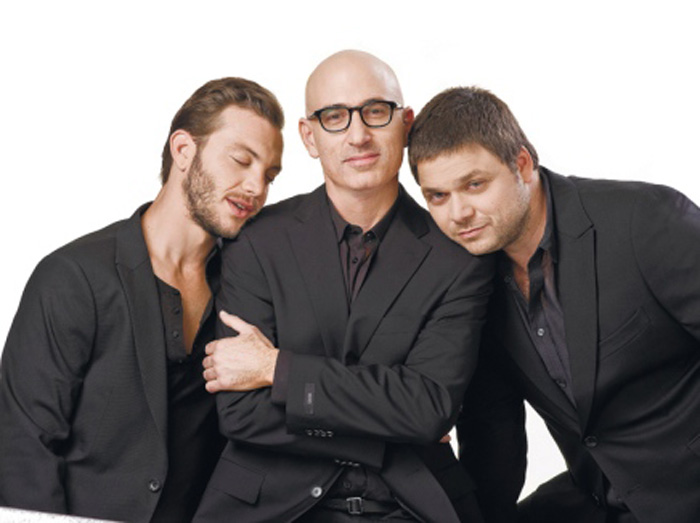