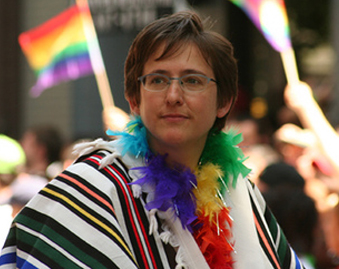 Kleinbaum of New York City’s Congregation Beit Simchat Torah had been in rabbinical school for less than a year when she attended a secret conference of gay and lesbian rabbinical and cantorial students and rabbis in Los Angeles in 1986 where attendees had to call a phone number once they landed to find out where the gathering was taking place. The Reconstructionist Jewish movement adopted a non-discrimination policy two years earlier, but the Reform and Conservative traditions still prohibited gay rabbinical students.

They faced potential expulsion over their sexual orientation.

“I was in the first class that was admitted under that [1984] policy,” Kleinbaum told the Washington Blade in a recent interview, noting her own tradition remained hostile to openly LGBT rabbinical students and gay issues in general. “It was all pretty cutting edge. We were all testing the waters. It was a very different time, so we were all figuring out how to both transform the Jewish community internally and the liberal Jewish community was no different.”

Read the full article in the Washington Blade