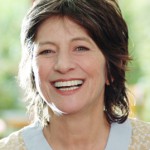 When Korin Allal was eight years old, her family was forced to leave her homeland of Tunisia suddenly, and they went to Israel. Korin and her younger brother were told that they were flying to Paris on vacation. Only later, Korin and her brother were told that they would actually never to return to Tunisia, and that she would never meet her grandparents or her friends again.

This song, the words of which were written by Korin, tells the story of the flight to Israel. It took fifty years for Korin to be able to express the feelings she felt on that flight. “The Flight,” Korin Allal’s new single, was produced as part of the BPM College’s final project, by students accompanied by the teachers.

Today one can say Korin Allal is a successful example of Immigrant Absorption. Her songs have become great assets of Israeli music. But Korin the child still feels the pain of those torn away from their homelands, even if they plant new homeland roots successfully. 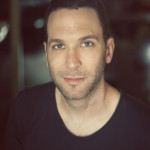 The second single by the openly gay singer was written following the earthquake in Nepal that Ohad experienced shortly after his and his partner’s twin babies were born via surrogacy. It’s actually the first song that deals with coping with the difficult situation he went through with his husband.

Like in almost everything in his life– Ohad deals with this difficult story in a cynical way, even laughs at himself that all his life he’s been surrounded by quakes of various kinds. 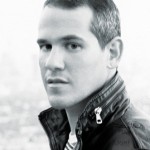 A song by Beth Chayim Chadashim’s Cantor Juval Porat is included in a new Jewish compilation album called There is Hope. The album, dubbed a musical anthology for the spirit and curated by Rabbi David Paskin and Rabbi Menachem Creditor, is now available for a free download.

“I wrote the Priestly Blessing for Julius’ –the child I fathered- welcoming ceremony, both as a blessing for his journey, as well as a reminder to those who give the blessing to live and act from a foundation of kindness, grace, truth and peace,” Cantor Juval explains regarding the background for his song on the album. Continue reading on BCC People