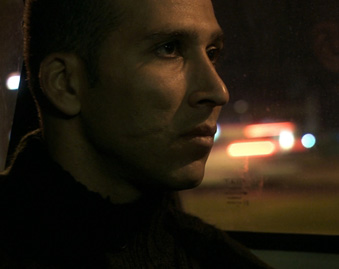 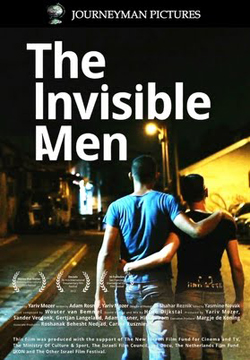 The Invisible Men is one of two films at this year’s festival to tackle an emerging issue, that of gay Arabs who discover that they’re unwelcome in either Israel or Palestine and, as a result, face deadly reprisal. The other, Out in the Dark, is a thriller that’s currently outperforming Argo in Israeli cinemas. Both are moving, balanced portraits of how ordinary people in the Middle East find their personal lives ripped apart by political and social conflict.
“The films are a wonderful way in for audiences to look at the situation from a human point of view,” says Allen Braude, a gay man who serves on the festival’s programming committee.
The Invisible Men tackles the emerging issue of gay Arabs who discover that they’re unwelcome in both Israel and Palestine.
In Out in the Dark, a drama inspired by real events, a Palestinian university student named Nimr falls in love with an Israeli Jew named Roy. In Ramallah, Nimr has to hide his sexuality from his family, while in Tel Aviv he must constantly duck authorities. That’s because, despite the fact that Israel promotes itself as a safe haven for gays, it continues to expel gay Palestinians on security grounds – even those who are threatened by their conservative, traditional families.
Read the full story on Xtra!