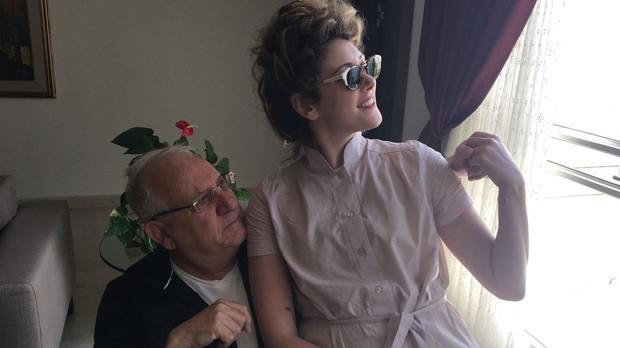 The weekend Edition of the Israeli website Mako published an extensive interview with Liat Rivlin, daughter of Eliezer Rivlin (Z”L), brother of the current President of Israel, Ruvi Rivlin. After both her parents died, Ruvi remained Liat’s closest family member, and she visits the President’s home frequently. In the fascinating interview Rivlin explains why she never came out (until now) and calls President Rivlin “Care Bear.” 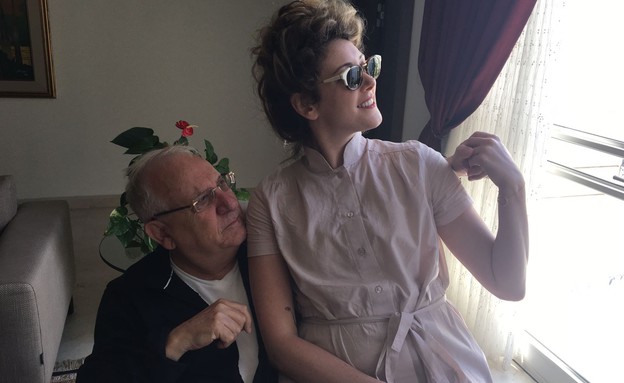 At the President’s Rosh Hashanah dinner in Jerusalem, Liat Rivlin, the niece of President Rivlin, arrived with a girlfriend. For the girlfriend it was very exciting and moving event, but for Rivlin it was just another family gathering. “It was an ordinary family holiday meal cooked by the president’s home chef,” she told Mako in an extensive interview for the magazine’s festive pre-Independence Day weekend edition. “It was very natural,  a non-issue, as it should be. No one asked anything intrusive, and the vibe was very accepting and supportive.”

Do you think they knew you were a couple?

Did you ever tell Ruvi you were lesbian?

“I never really told him, but he knows.”

How are you so sure?

“I’m pretty sure that the matter was discussed when I wasn’t around. If I had a situation in which I say to him, ‘Ruvi, I’m lesbian. Bye.’ I’m sure he would immediately get up and hug me, because he is like that, a person who accepts and loves everyone. I know he loves me dearly, as I love him. ”

The Rivlins has been very well known family for over nine generations in Jerusalem. Liat’s grandfather, Prof. Yoel Rivlin, was a candidate himself for the role of the third president of Israel. Liat has two cousins who became extremely famous actors: comedian Seffi Rivlin (Z”L) and Leora Rivlin.

Despite all of that, Liat did not have an easy life. Her father left her and her mother and escaped to Miami, where he was married for the third time. He became addicted to gambling and eventually died of lung cancer. Liat’s mom died at that same year, from brain cancer. Shortly after, Liat took over her mom’s skin care business.

With her parents, she also never spoke openly about her sexual orientation. “There was no ‘conversation’, but there were girlfriends who came over, so you just know,” she says. “Until today I still play with the thought that perhaps the parents didn’t know, that there was doubt, that I may have left them open to thinking that maybe I’m not. If I settled in and gotten pregnant I might have talked to them about it. In the last years of my mother’s life I tried to go out with men again, I thought maybe I would suddenly meet someone who would do something to me and I would marry, maybe I could make it ‘normal.’ But it just didn’t happen. It felt like I was not in my home, like it was there to please other people. It was a very confusing time with many panic attacks”.

So you never actually came out?

“I never went to people and told them, ‘nice to meet you. Lesbian.’ I lived with this peacefully and when you don’t make a big deal of it it’s no big deal. Until recently my cosmetics boutique was operating in Jerusalem and I was afraid that public statements would hurt my clientele, but I don’t have to hide anymore. I’m the new Liat, living my life without having to owe anything to anyone. I have no reason to hide a part that is so significant in my life.”

In the interview, Liat also spoke about the incitement that is sometimes addressed at her uncle.

“I love my country and I feel bad for it,” she said. “There’s chaos here, people don’t know what’s good for them, they’re all self-centered, especially the extreme right-wing. It sucks that people are wasting so much time on war and not on peace. Today is not what it used to be, the Likud that Ruvi comes from was a Likud of liberalism, love and understanding.”

In the interview she remembered her grandfather, Ruvi’s father, Yosef Yoel Rivlin, who translated the Koran in 1936. “We are open to the world, we are not blocked. We understand that this country belongs to us all.” Still, she says she never entered political discourse with her uncle. “When we sit at home in the evenings we are in a family atmosphere, we don’t open a parliament.”

He is one of the most beloved presidents we’ve had.

“Because he loves humanity and he sees the distress of certain populations and can not ignore it. That’s what happens when you clean up your [political] positions, the opinions and interests are balanced. He does not cling to political opinion, he is truly everyone’s President and I find it beautiful. He’s Ruvi-Care-Bear.”

Are you in a relationship today?

“I’m single and happy, but don’t go wild. I want a relationship with a serious girl who loves animals, the first thing I examine is the position on animals and veganism.” 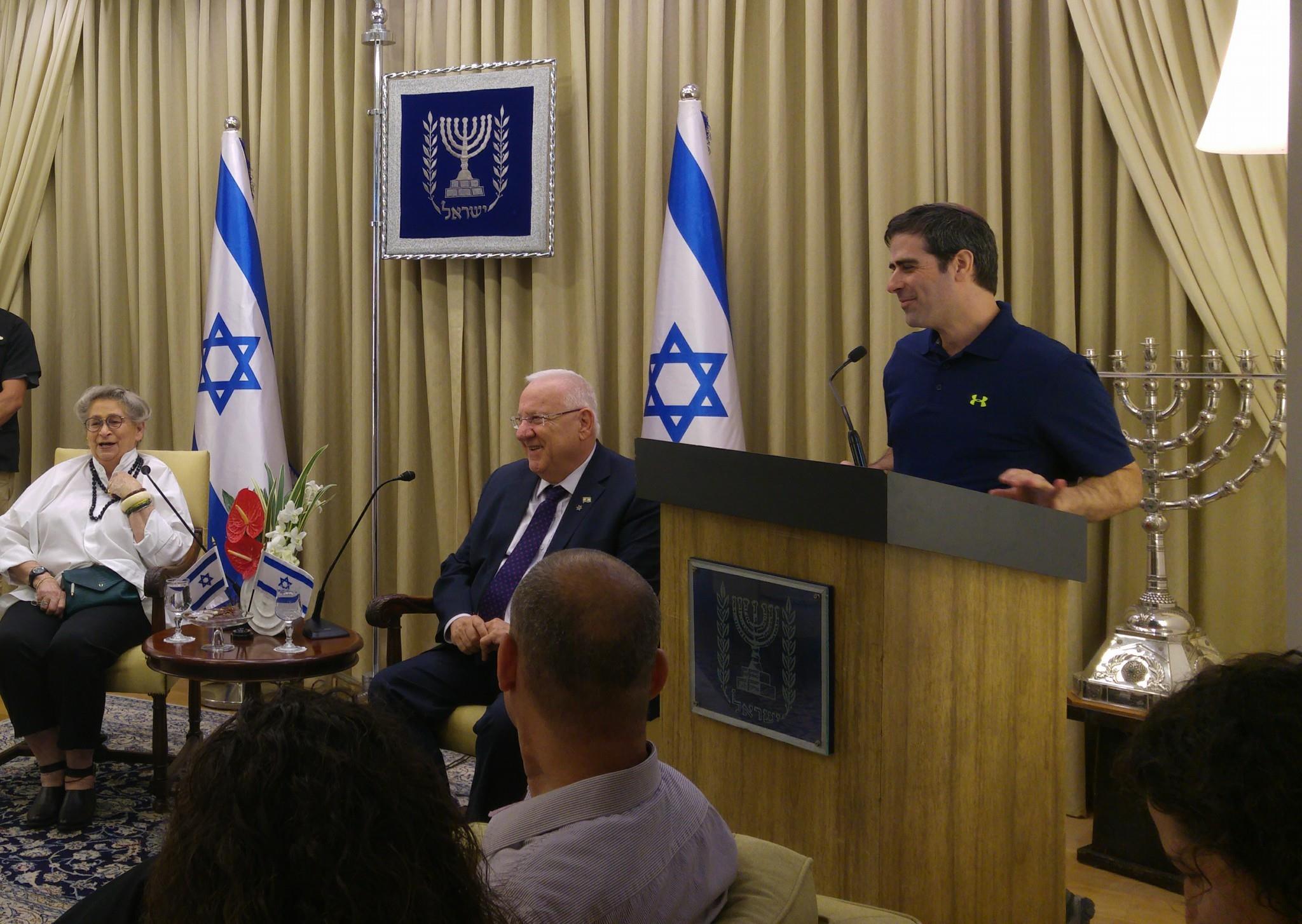 A side note, President Reuven Rivlin has shown himself to be a strong supporter of the LGBTQ community in Jerusalem. Tom Canning, a former staff member at A Wider Bridge’s partner organization the Jerusalem Open House, writes that “There are not many leaders in Israel that are so uncompromising in their support of the LGBTQ community in Jerusalem. I felt his support, I saw his concern and a person that knows that something has to be change in Israeli society.’