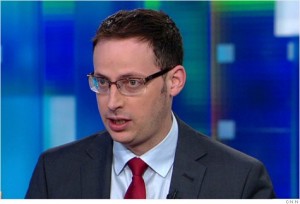 New York Times executive editor Jill Abramson said today that the newspaper wants to keep famed political statistician Nate Silver on staff. “We would love to have Nate continue to be part of the New York Times family and to expand on what he does,” Abramson said at Business Insider’s Ignite summit. “We know he began in sports anyway, so it is not an exclusively political product. I am excited to talk to Nate when he finishes his book tour about ways to expand that kind of reporting.”

Silver, who claimed fame after the 2008 elections and became a household name in 2012, was among three pundits to accurately predict the outcome of the electoral college in the 2012 elections.

“Not going to discuss details of my contract, especially as I’ve barely had time to catch my breath since the election,” wrote Silver, who is currently on tour promoting his new book, The Signal and the Noise. “There are many wonderful things about The Times, including Jill, and I appreciate her kind words.”

Abramson also said The Times didn’t want to limit Silver’s focus to the blog he started independently while writing under a pseudonym for the Daily Kos and under his former and sometimes current expertise as a sports geek for Baseball Prospectus. “We know he began in sports anyway, so it is not an exclusively political product,” Abramson said. “I am excited to talk to Nate when he finishes his book tour about ways to expand that kind of reporting.”

Read the full story on Media Bistro and The Atlantic

In the video below, from a week ago, Motley Fool host Chris Hill interviews famed prediction maker Nate Silver about how thinking in a probabilistic way can help us predict markets.