As many of us have observed over the past several months, it has become increasingly difficult for supporters of Israel to feel welcome and embraced in LGBTQ, progressive, and social justice circles – including those among us that have been fighting for the civil rights of Israelis and Palestinians alike.

Perhaps the most prevalent example transpired this summer when our very own Midwest Manager, Laurie Grauer, was thrown out of the Dyke March in Chicago for carrying a rainbow flag with a Star of David. How do supporters of Israel fit into the LGBTQ and progressive movements without compromising our identities and values?

Join the World Jewish Congress and A Wider Bridge for a special discussion the LGBTQ Jewish and Zionist Experience.

This event, “LGBTQ n’ Z,” features Matt Nosanchuk, former White House liaison to the American Jewish community and on international issues under President Obama, and a panel discussion on the experiences of LGBTQ supporters of Israel with A Wider Bridge’s very own Deputy Director, Tye Gregory, former AWB Intern and campus activist Nadiya Al-Noor, and Assaf Weiss, member of the World Jewish Congress-Jewish Diplomatic Corps. The panel will be moderated by Mark Joseph Stern, a thought leader and writer with Slate. 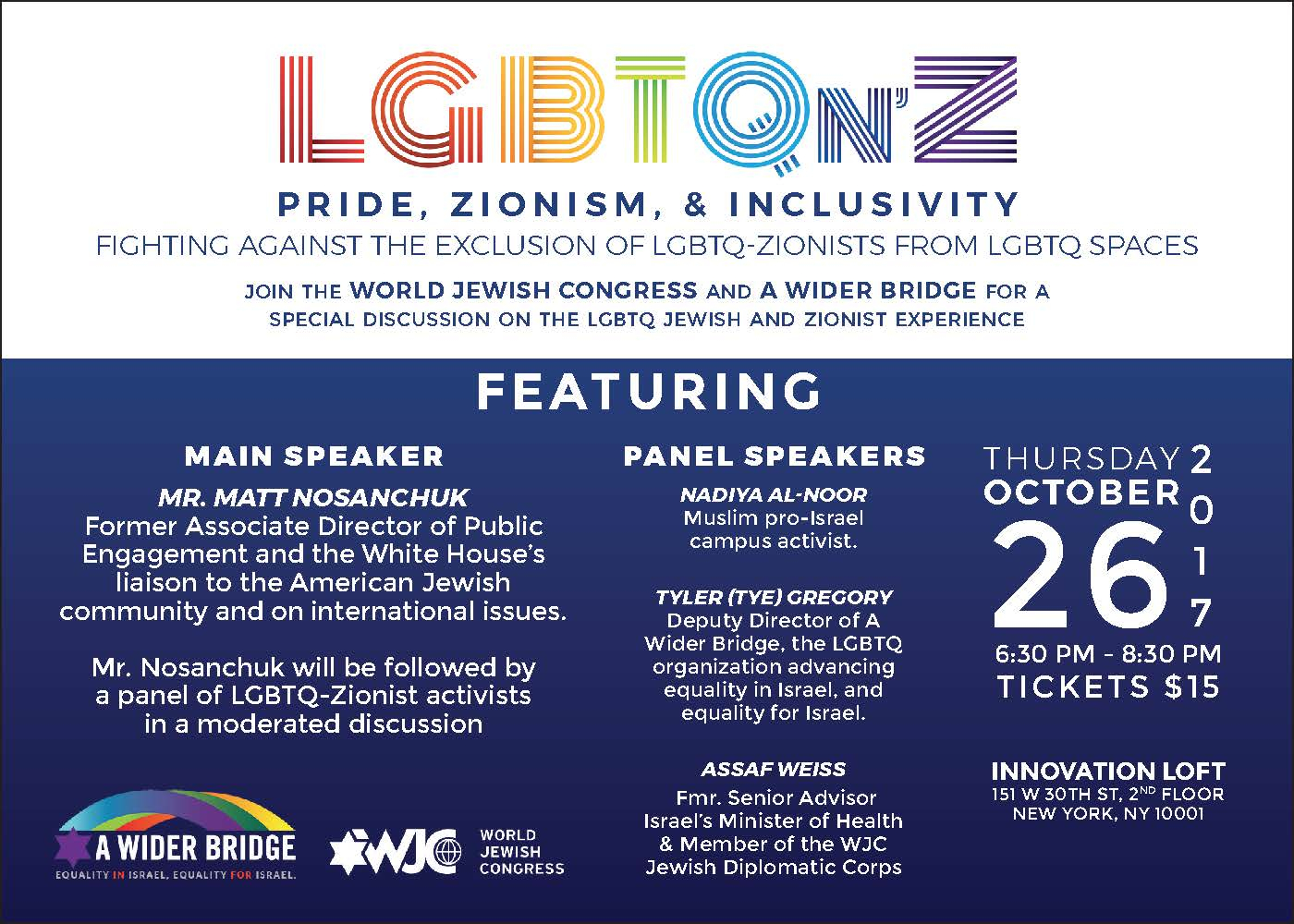