Forget everything you’ve ever known about bachelorette parties and say goodbye to the traditional male strippers. Those who in the past were in the margin of society have become the hottest trend in bachelorette parties: transgender women and drag queens now offer a funny, surprising and exciting evening. 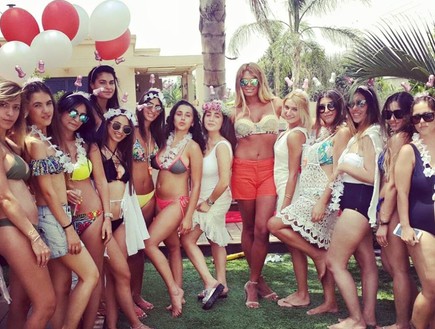 Perhaps it’s the struggle for recognition that made them open and full of self-confidence so that they can manage an all-female evening; maybe it’s because this way they become women who are larger than life, but one thing is clear: beyond the laughter and the fun they pave the way for acceptance of the transgender community in Israel.

“You just go there and make the girls laugh? How much of it is improvised?”, I ask Linor Bar-Gil, a transgender woman who manages a group of drag queens called “Queen” and have been hosting bachelorette parties for seven years. “Nothing is improvised,” she answers, “Everything is planned. The evening was formulated in writing together with comedian Ben Ben-Baruch, and we have an answer ready in advance for any scenario.” Even veteran nightlife persona Kay Long says she is preparing well for every night of hosting. “Everything is written in advance, even jokes, or punches that seem improvised”.

Kay Long began years ago with drag shows in clubs and pubs of the gay community. Then she randomly received an offer to host a bachelorette party. “Some woman called me and asked if I was doing bachelorette parties. I thought for a moment, and I said to myself ‘why not?’, so I replied: ‘of course’. I started planning the first night, and since then I’ve upgraded my performances and I have learned from experience.” She loves bachelorette parties. “This is a different interaction from ordinary performances, everything is much more personal”. Linor also admits that she never thought 16 years ago when she started performing in gay clubs that one day she would be accepted with such love in livingrooms in Israel, but in retrospect the way there seems a direct extension.

The youngest of the group, Belle Agam, says that performances in bachelorette parties began for her after her predecessors paved the way. Initially, Bell was part of the show at the club “Diva” where many bachelorette parties were held. “I realized it was in my blood. I am a funny person, I like to celebrate, to make people happy – and make the future bride’s evening an unforgettable one. It’s an integral part of me.”

What happens on those nights? Kay Long maintains secrecy, and says that it’s about a number of activities that are kept secret among the group, but she will tell you that she usually contacts the future groom in advance to arrange an exciting and unique surprise. Linor, who already owned a business selling wigs,adjusts the show to fit the bride. “For example, in one case the bride’s friends told me that she was a fan of Beyonce, so I came dressed as Beyonce, and performed one of her songs.” Belle has a slightly different concept, something more like a big loud party, with belly dancing and standup. “Every night is totally different. I adjust myself to the audience.” 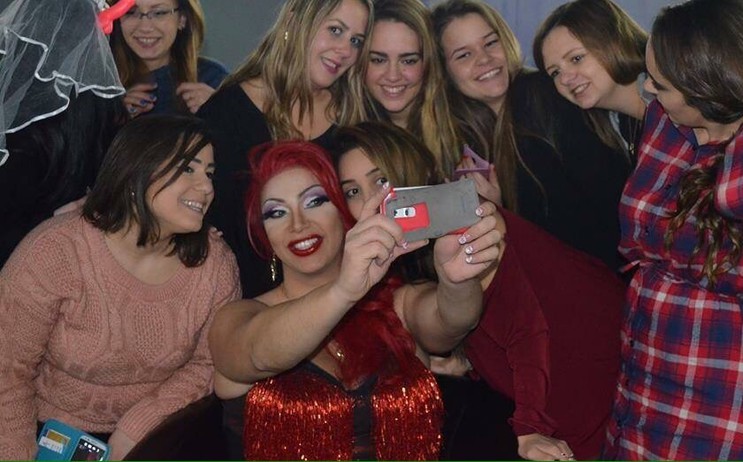 But parallel to laughter, those evenings often become surprisingly emotional. “Sometimes I can cry and all my makeup smears,” admits Belle and says she will never forget a bachelorette party for girls who studied with her in elementary school. “It was a closure for me because they had known me as a little boy, and we had so much fun that night, and in the end they told me, ‘You haven’t changed at all. The same amazing soul, only in the body of a girl.” Kay Long also remembers a party which was especially moving: “I was invited to a party, and when I arrived I realized that the bride and her girlfriends were religious. It wasn’t obvious to me, I was initially shocked. But they opened up and the evening was funny. When I got home I told myself that what we tend to think of religiosity is not true, it’s just not like that. ”

In conclusion, Belle says that “beyond the laughs, I get so excited when girls invite me for their special night and I know it’s my responsibility to make the bride to be the happiest in the world and make her the queen of the evening. There is no greater satisfaction than that. Besides, it is also a mission. I expose these girls to a new world – it’s an opportunity for them to get to know a transgender person like me up close, not just on TV.”