A group of people living with HIV have launched a new organization that will work for the welfare of people in Israel who carry the virus. 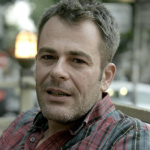 The new organization, called “Organization for Life with HIV”, is made up entirely of people who are HIV positive. The goal is to represent the people living with the virus in Israel, to protect their status, rights and welfare, to prevent discrimination against them and to create a supportive community of “positive for positive.”

“Thanks to the progress of drug therapy, HIV has become a chronic disease,” explained the organization. “HIV-positive carriers who respond to the medication become undetectable and frankly can’t infect others. Despite that, they suffer discrimination, prejudice and banishment. HIV has become primarily a social disease.”

This is the first organization of its kind in Israel, but it has many parallels in the world. As in the rest of the world, the Israeli organization aspires to work in coordination and cooperation with organizations with similar goals in Israel and around the world.

The organization, whose founding conference will be held next month, received the blessing of the Israeli Society for AIDS Medicine. The Aguda announced that it would support the new organization, and Tel Aviv-Jaffa City Council member Etai Pinkas welcomed the establishment of the organization and announced that he would help as much as possible. The new association intends to join the Association for the Rights of the Patient in Israel and to become a member of UNAIDS, an international umbrella organization.

Dr. Yuval Livnat, Director-General of the Israel AIDS Task Force, said: “We are happy for any activity that will promote the wellbeing of people living with HIV and we will continue our activities of the past three decades to prevent HIV infection and promote the rights and interests of all HIV carriers in Israel – men and women, LGBT and straight, new immigrants and asylum seekers.”