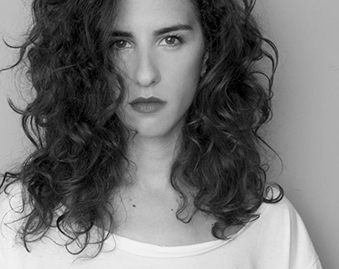 A Wider Bridge, music column: As always, we are more than happy to support LGBT artists from Israel and to highlight new songs. Here’re a few of the releases from the past couple of weeks from our favorite LGBT artists.

Tamar Eisenman released her first album in Hebrew this week, and the single that was chosen to promote it on the radio is a duet of Tamar with Rona Kenan. The song is called “Tum” (‘Innocent’), and according to Tamar it’s “a neo-blues Israeli feminine homage to B.B. King’s ‘The Thrill is Gone.’ The song describes an inevitable breakup between two female lovers in a night of confession that the thrill is not there anymore.”

Tamar and Rona have gotten really close in the past couple of years, since their combined mini-tour in the U.S. sponsored by A Wider Bridge. “Rona and I have a very strong musical and friendly connection,” Tamar says. “We’re very different in our attitude toward music writing, but still Rona is a big inspiration for me. Every dialog with her is interesting and challenging, and despite our differences we’ve found a lot in common.”

“One evening I played ‘Tum’ for Rona and thought it over with her, and she suggested that she sing with me and give a more feminine romantic angle to the song, and I immediately agreed to try. It wasn’t prepared. I connected a microphone and Rona recorded the vocals. The connection was powerful. She made a circle come round in a song which was discovered as powerful in a duet version.”

A talented surfer goes out with his two best friends on a spring-break-style journey to Ibiza. The three dream of winning a surf contest, and on their way they fall in love, become disappointed, find themselves in a conflict with a local mobster and have an unforgettable summer.

That’s the synopsis of the new Israeli teen-comedy “Ibiza” that premiered in Israel July 9th. Ivri Lider has agreed to perform the title-track for the movie, and it was released this week on Israeli radio.

Skaat just came back from a tour in the U.S. in order to perform as an opening act for U.S. band One Republic in their Tel Aviv concert. Right after that, the busy singer headed to France to promote his first international single, “Hollow.” But despite his current efforts to build an international career, the timeline for his next Hebrew album continues as scheduled and this week he releases “Gadol Bishvilech” (‘Grown Up for You’), the second single from his forthcoming 4th studio album.

“I wrote ‘Ahava Achat’ (‘One Love’) for my partner Liat,” confesses Yael in the press release of the new song, out this week. “This song was born a moment before the album went out to print, in one magical night where the skies opened up for me and I was sure I must get it into the album.”

“The recording was born just the same as the song was, in a magical moment,” continues Yael, and explained she released this song to the radio just in time for Tu B’Av, the Jewish Valentine’s Day. “The song talks about this mysterious point beyond our understanding, that same point that unites and connects people. A point called love.”