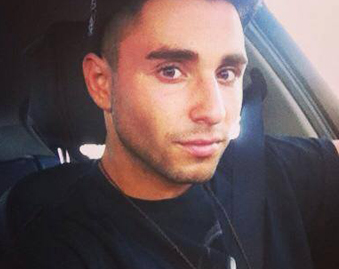 Jamie Brenner, a graduate of London’s Met Film school, uploaded to YouTube a short documentary that he did about being gay and Jewish.

A new short documentary by Jamie Brenner, about being gay and Jewish, surfaced on Youtube this week and is now going viral in the community. It talks about how gays’ natural attractions to each other can be considered a sin by the community you are born into. “I made it as part of my graduation project at The Met Film School,” Brenner explains exclusively to A Wider Bridge. “I chose the topic because it is a subject very close to my heart and I wanted to investigate how people like me felt within our communities.”

“I wanted to gain an insight into what people like me felt and also people that had a negative view on the way we were naturally born,” he adds.

In the docu, titled ‘Oy Gay,’ Brenner interviews not only his own mother, asking her whether she always knew he was gay, but also other Jewish LGBT people who, like him, don’t want to give up either of the two worlds they belong to, worlds that some would say contradict each other.

Met Film School is London’s leading provider of practical filmmaking courses, based at Ealing Studios. The school delivers a full range of courses : MA in filmmaking, an intensive two-year BA, a one-year course, and short, part-time and weekend courses.