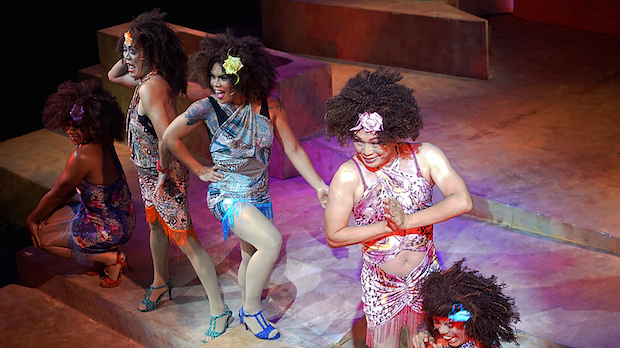 “Caredivas,” set in Israel, is about a group of gay Filipino caregivers, who transform into glamorous drag queen performers at a local bar at night. 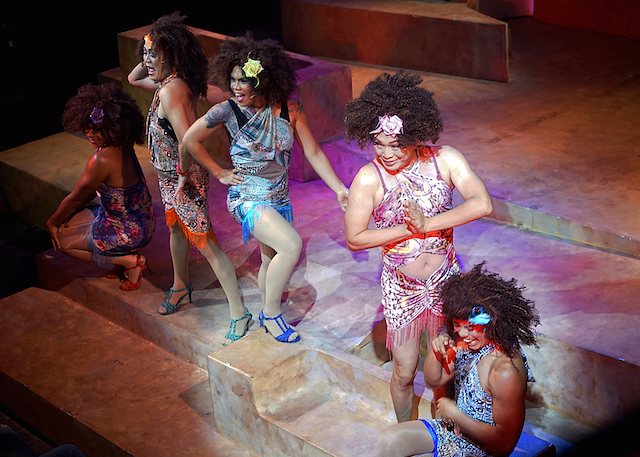 The play is so wonderfully crafted that it touches so many themes — LGBT issues, discrimination, the lives of overseas foreign workers, navigating cultural differences, the Palestinian uprising against Israeli rule, love, friendship — but it never feels convoluted or over-reaching for relevance.

What begins as a musical montage to introduce our main characters shows us the lives of caregivers in Israel, from the good to the bad, to how they are treated because they are gay, and details their relationships with their employers.

And just as the point is made and before it veers towards the side of preaching, it brings us to how they maintain who they are and that’s by their performing group D’ Nightingales. From caregivers, they transform into singing and dancing drag queens in a small town bar until a friend gets engaged with an Israeli who has connections to a big night club in Tel Aviv, where D’ Nightingales all want to perform.

As they try to make their way to perform in Tel Aviv, we see the individual lives of the group. There is Chelsea, the kind-hearted soul of the group, who is blessed with a patient she regards as a father figure and who meets a young man at the park who falls in love with her.

Read the full story on Interaksyon