Nehirim (“Lights”) builds community for GLBT Jews, partners, and allies.   Our retreats and other programs celebrate GLBT culture and spirituality, and empower GLBT Jews to become active voices in their home communities.   Through this work, we welcome GLBT Jews into the Jewish community, and in turn, build a more vibrant, diverse, and inclusive Jewish community by incorporating the gifts of GLBT people.
Official Website

In addition to their weekend retreats, Nehirim also develops local programming for LGBTQ Jews, friends, and allies, as well as advocacy events around the country. 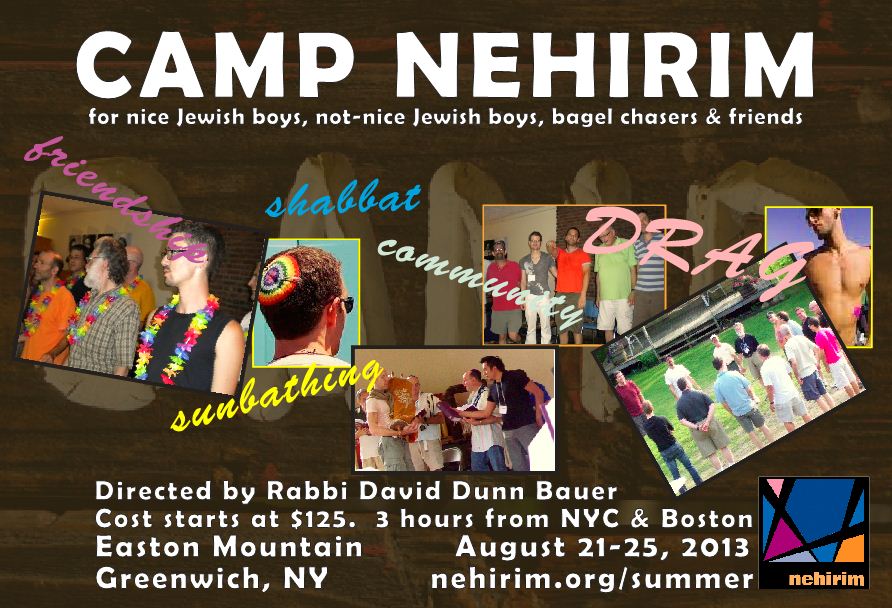