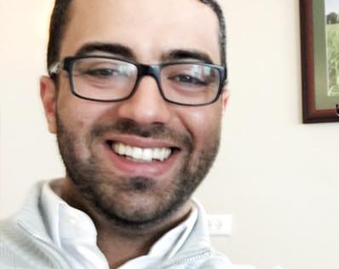 Walid Issa, a senior associate at Solomon Strategies Group and a board member of several nonprofit organizations in the U.S. and Palestine, finds it extremely troubling that some activists measure his Palestinian pride by his level of support for the BDS movement, and invites people to not just visit Israel, but to tour Palestine as well.

As a proud Palestinian who grew up in the often difficult conditions of the occupied West Bank, I see no contradiction between dedicating my life to achieving a free and independent Palestine and strongly opposing the Boycott, Divestment and Sanctions (BDS) movement.

At the same time, as a grateful immigrant, I am profoundly hopeful that Minnesota legislators will join me in supporting Palestinians with the same passion with which they rightfully oppose discrimination against Israelis.

Palestinians have learned from trauma after trauma a universal truth: If you do not have a country that is yours, you are always at someone else’s mercy. This has not been a very kind history to my people. Our children, however, deserve so much more than empty promises that may never be. If the two-state solution offers me the best chance of self-determination, then how could I oppose it?

Now, when it comes to the occupation, it is illegitimate and must come to an end for Palestine to be free. Like many advocates who support a two-state solution, I could not back the anti-BDS bill currently being debated at the Legislature until it was amended to remove any protections for the occupation. Adding cost to the occupation is something that I do find acceptable.

What I do not find acceptable, however, is indiscriminately boycotting, divesting from and sanctioning all Israelis no matter where they live or work. It doesn’t fit with the necessity of a two-state solution. It also doesn’t recognize that the Israeli people are a very diverse, textured community, including many who are pro-peace and are true partners.

Continue reading on the Star Tribune