Israeli transgender activist Linor Bar-Gil writes about her first love, in the 6th grade, which she also sees as her first transgender experience.

The truth is that being a Transgender in 2014 in Israel is exactly the same as being a transgender in the 80’s in Israel. It was then that I fell in love with one of the boys in my 5th grade class. He played soccer, and I revolved around him like all of the other girls. I used to sit and watch my “boyfriend” in his game, make sure he had water and stay there to cheer him on. So what if in roll-call my name was called on the boys’ list?

We watched the movie, but I found it difficult to concentrate on it. One thing I knew from that moment – that I’m not attracted to women, that the guy in the video was what mattered to me. I also remember the first thing I said to him was, “Wow, those shoes she is wearing are transparent, and such high heels!” That’s about as far as my interest in her could go.

We spent a lot of time together. By the 7th grade we had sexual experiences together. Sometimes just a touch, sometimes more, but I knew that I had a partner for my secret. My identity was not yet clear, but I knew the sex roles were clear – I was the woman and he was the man!

But then we grew up, and suddenly in the middle of 7th grade, he decided not to talk to me more. I didn’t understand why. That was it. He grew up, he wanted girls, and I felt that I was not good enough. I was crushed. I felt that my personality – my identity – was gone along with him. Suddenly I found myself needing to find my way alone. Do I have to follow along with everyone else? Find a girlfriend? A girlfriend?? I was constantly surrounded by girls, but these were not love interests. As a “feminine” and “funny” boy, these girls were my buddies and nothing more. I was happy for it to stay that way – and for my soccer-player to be my boyfriend, my partner. But things do not stay the same in life, and in a huge turning-point, I became a yeshiva student, left school, and became orthodox. 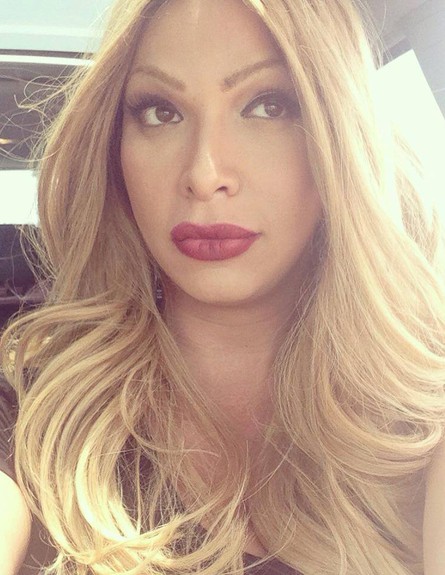