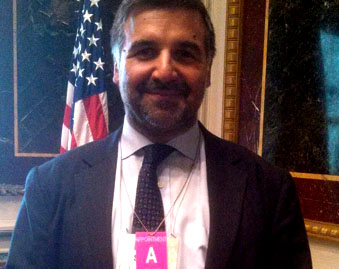 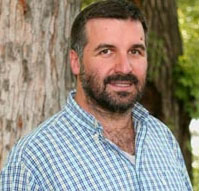 It was not even clear that I would be able to join the White House Briefing with American Jewish World Service (AJWS) on December 11th because of my status as a non-citizen. I got through security easily enough with my Green Card being adequate ID and Sting’s “I’m an alien, I’m a legal alien” ringing in my ears. I was given a pink badge rather than a green one like everyone else and mine had the word “Escort” written on it, so while the rest of the group of rabbis, who had travelled with American Jewish World Service to different countries in the developing world, moved through these corridors of power, I had to wait. Non-nationals, it turns out, must be escorted by a White House staffer and it was a little while before one came for me. He was delayed because he was busy trying to find the Vice President’s ticket to the Mandela Memorial at Washington Cathedral. We were not quite in the Oval Office, but in the Eisenhower Executive Office Building where a tremendous amount of behind the scenes work in Washington gets done.

Our meeting was in a very historic room called the Indian Treaty Room; a beautifully finished and stately room, most remarkable for the fact that no one knows why it has its name. No treaty was ever signed there, neither with Native Americans nor India. Our host was Matt Nosanchuk, who is Associate Director of the White House Office of Public Engagement and President Obama’s head of outreach to the Jewish community, and has been a champion of LGBT causes in the administration. He was given a special shout out at the Obama’s Hanukkah party in the White House. Not that I was invited.