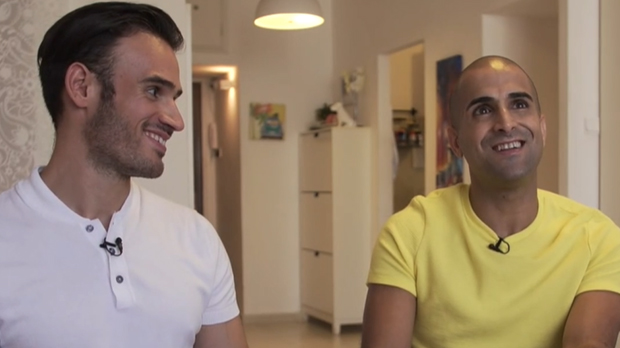 In a series of articles about the new phenomenon of expensive weddings in Israel, Channel 10 News interviewed a gay couple, one of which comes from a religious household, on the plans for their big wedding to take place in two weeks. 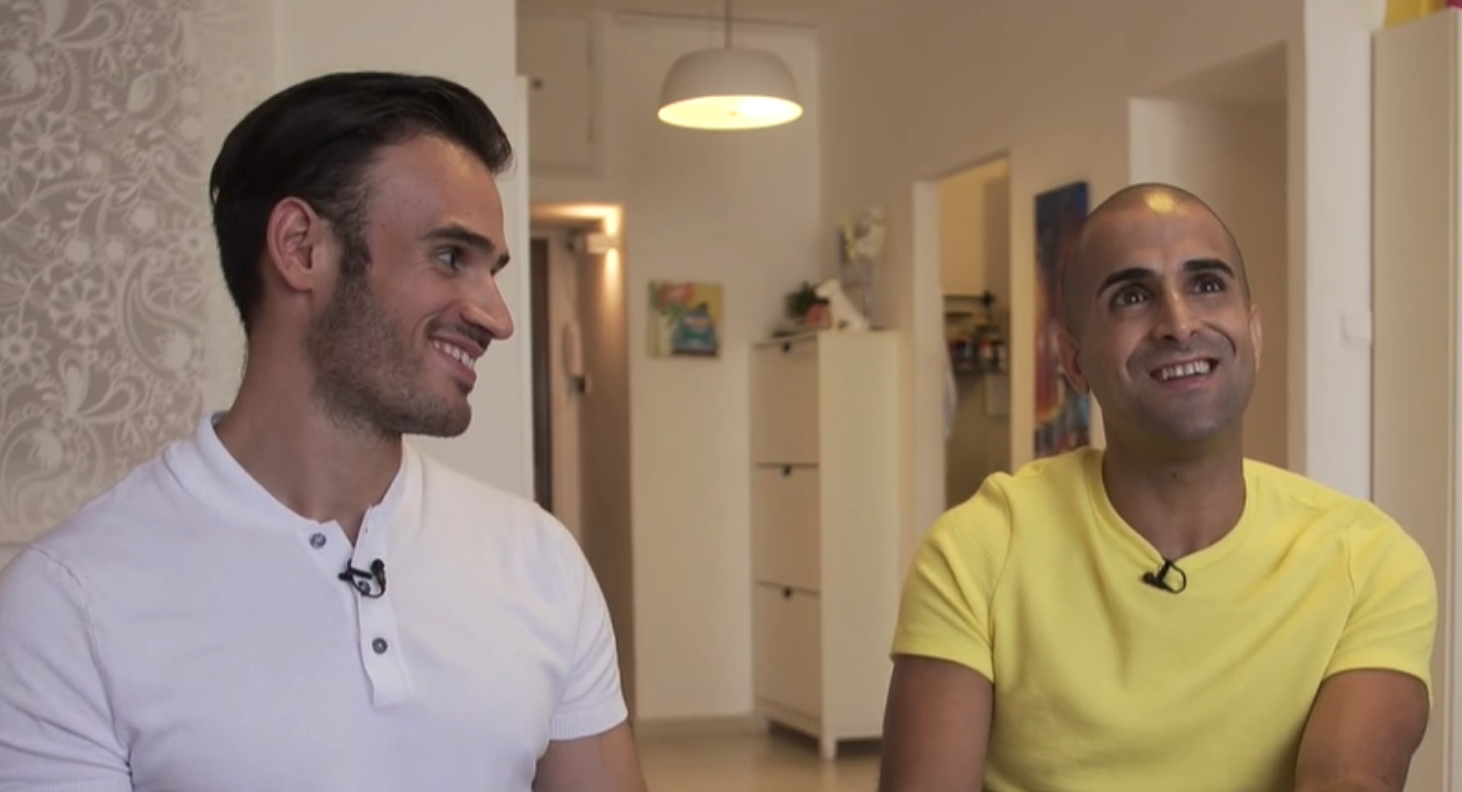 Dean Simon and Gil Gispan have been in a couple for seven years. They are getting married in two weeks, in front of 450 guests, and according to them they always knew that when the knight in shining armor arrives they would walk under the Chuppah. “On our first date he played our wedding song,” Gil said. “He told me, ‘I don’t know if it will be with you, but this is my wedding song.'”
Dean’s mother, Meirav Simon, said that “this is a dream come true for Dean. Since he was a little boy he wanted a big, happy wedding, with many invited guests. Long before he come out he would sit in the living room and watch Walt Disney movies, and I remember asking him, ‘will you marry a princess too?’ and he said, “No mom, I’ll marry a prince.'”

Gil’s Orthodox parents, on the other hand, find it difficult to accept the relationship with Dean, and they refuse to attend the wedding. “I think that everyone wants their parents to be there in these kind of milestones in life,” Gil said, “but I think it’s better this way. If they came, I’d have to give my attention undivided [to them], know where they were and what they were doing – instead of being more loosen up.”

The two are getting married at a large wedding, which they estimate will cost around NIS 200,000. “In the context of ordinary couples, everyone wants to say, ‘We are unique,'” explained Prof. Aaron Ben-Ze’ev, an emotional researcher at the University of Haifa in the interview. “Here the goal is to be accepted as normal, and therefore there’s a desire for ceremony with all its external aspects and signs,” he said.

The Channel 10 News story was the second in a series of stories around the new phenomenon in Israel, of throwing extremely expensive weddings. But shortly after the interview aired, Gil took to Facebook to set the record straight about his parents.

“I watched the segment and my heart was stormy,” Gil wrote. “So many things that were said there were cut in the editing room, to make the article very tendentious in order to create an emotionally provoking story.”

“I must protect my parents and tell everyone- My parents are amazing! They come from a religious background, a different generation for which is so difficult to accept and contain yet they have done such an amazing journey! They know Dean, they love him, we come to Shabbat dinners together, they are part of our lives and support me and us!

“So yes. They don’t come to our wedding. It’s hard for them. It conflicts with their religious beliefs. And I respect and accept that and love them unconditionally. This is the real story here,” concluded Gil.