A new children’s book released in Israel next week tells the story of kids who came into the world via surrogate, for a gay couple. 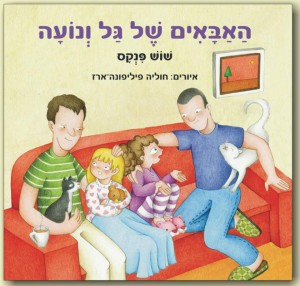 “When the kids in Gal and Noa’s kindergarden wanted to play ‘Mom and Dad,’ Noa and Gal suggested that they play Dad and Dad, but the rest of the kids thought there was no such thing.” This is the opening sentence of the new children’s book, entitled ‘Noa’s Dads,’ that’s being released November 1st in Israel, based on the true story of the Pinkas-Arad family. “I wanted to give kids who grow up in new families the legitimate feeling that they belong to Israeli society,” grandmother Shosh Pinkas, who wrote the book, tells Israeli web magazine mako.

Sperm giving, egg donation, hormones, surrogate mothers, in vitro fertilization, transfer, are some of the terms that are related to the complicated (yet wonderful) process that gay couples go through on their way to expanding their families. While the subject can be difficult to digest for grownups, Pinkas has spent months of work in order to compile the process in an easy and light way that can be suitable for kids. “After many sleepless nights trying to find the right words, the book was born,” she says, and then explains that part of her long process included reading all of the sexual education books for children, and presenting the book to a psychologist who specializes in children of young ages.

Shosh, mother of Etai Pinkas, an activist personality in the gay community in Israel for many years and currently working at the Tel Aviv city council, says that she had thought about the day when her granddaughters would ask their fathers ‘how did I come to this world?’ and this was the main inspiration for the book. “I wanted to prevent embarrassment for them,” she says, “and since I haven’t found any source in the current literature that could help, I decided to write one myself.”

Pinkas explains that Etai and Yoav’s daughters  still don’t know about the special way they were brought into this world, but they did see the book, and they like the pictures. “From the first moment they recognized that it’s a story about Daddy-ty and Daddy-yo, and Gal and Noa. We will tell them the story when it’s relevant to their age.” 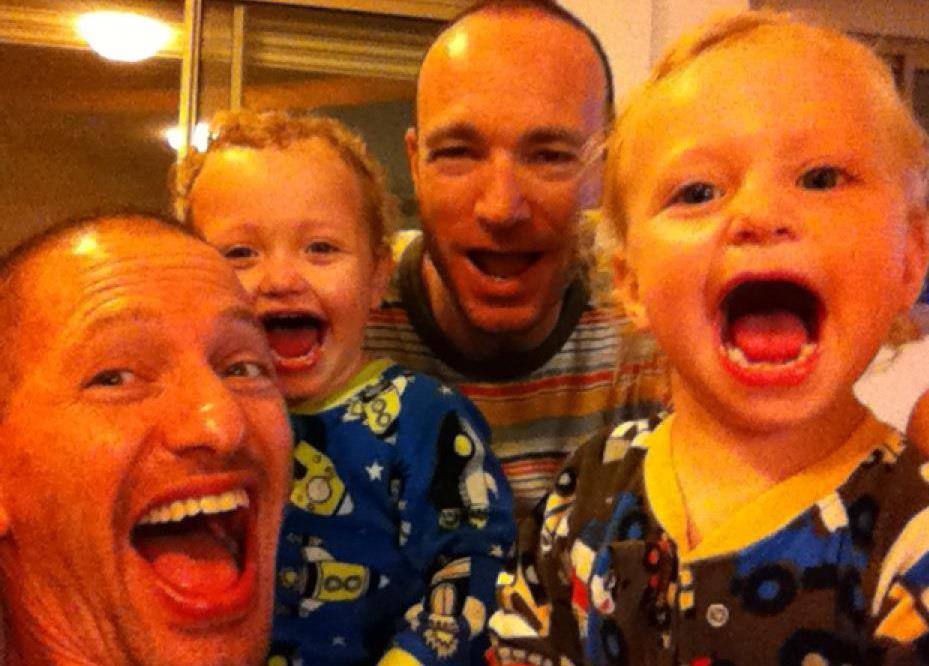