Washington DC’s queer nightlife persona and performance artist Jason Barnes joins this year’s Israel LGBT Mission of A Wider Bridge after hearing so much about it. “I had an old classmate who went to Israel and didn’t come back for several years because he loved it so much.” 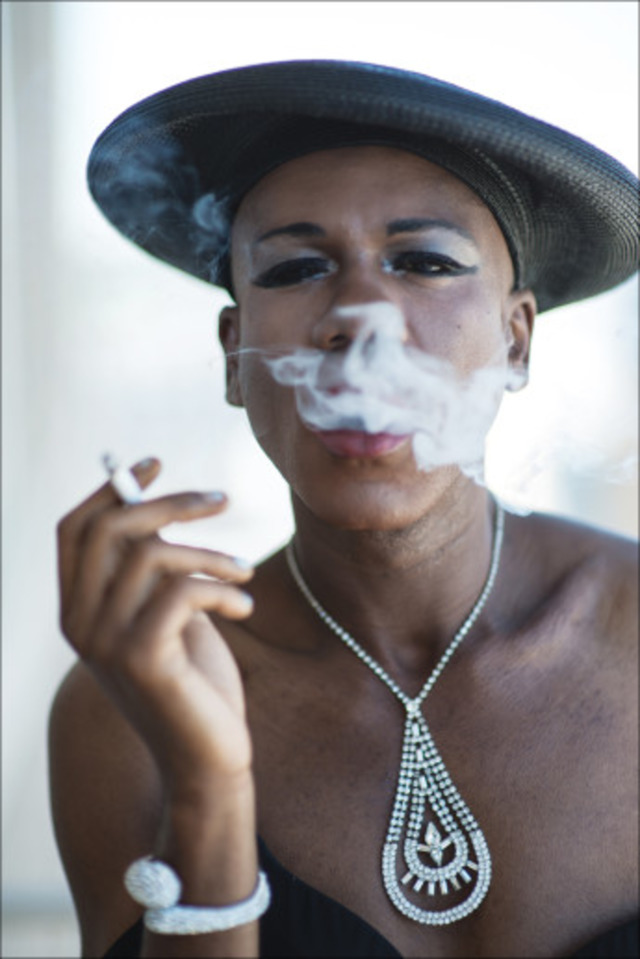 Though he hasn’t been to Israel himself, DC queer nightlife persona Jason Barnes knows a lot about the Tel Aviv nightlife. “I have a pretty good sense of the nightlife scene in Tel Aviv, since one of my best friends, Danny Liav, is behind the big Tuesday parties VRS, and he shares a lot with me,” Jason says. “Like many American gays I have seen the YouTube videos of Arisa and watched that odd documentary about Tel Aviv’s nightlife and the many happy faces and sweaty bodies giving into the music. I also noticed that nightlife in Tel Aviv as opposed to the US can and has been a platform for cultural change in the best ways. I’m extremely excited to see that influence and hopefully bring back ideas to the States.”

Is there an Israeli nightlife person you’d like to meet?

“Of course I would love to meet Eliad Cohen, but it’s the femme queens that I want to know more. I have a personal mission when it comes to the specific subject of feminine men and it’s a subject I put at the forefront of my work in nightlife. I would love to see how it is there.”

Jason Barnes (aka Ms. Noir) is a performance artist, drag artist, fashionista. He is single and lives in Columbia Heights. He enjoys drawing and writing, and although he also enjoys dressing up in his free time, when he performed at A Wider Bridge’s event at the end of 2015 he did anything but dressing up. “I was invited to perform in a show with Israeli speaker Anat Nir. The event was titled ‘Take Off the Masc,'” he shares. “Because Anat is an LGBTQ cultural icon, she focused in her talk about the founding and the mission of Arisa, the famed nightlife collective that has transformed the cultural landscape. I in turn performed a ritual bath in which I took off my masc and mask to be completely bare and vulnerable in front of the crowd. It was a moving piece for me since I never perform fully nude and I felt safe in that space to do so. I was and am still honored.”

Jason first heard about A Wider Bridge after his best friend and creative partner Josef Palermo had gone to Israel with the A Wider Bridge delegation last year and participated in the Tel Aviv Pride Parade. “Of course his experience was mind blowing as the Tel Aviv Pride is legendary for its unified spirit and celebrations,” Jason says. “He immediately told me about A Wider Bridge and about his trip and was very insistent that I go this year. Of course it peaked my interest on so many levels. I’m not Jewish. However, my deep knowledge of many cultures and religions is an aspect of my education that I continue intensely on my own.”

What are you most curious about regarding your trip to Israel?

“I had an old classmate, a male dancer who went to Israel and didn’t come back for several years because he loved it so much. As an African American I’m always fascinated with how we fit into the rest of the world. Going to a place where we share similar struggles and building up of culture, I am excited to see how one can exist there. Plus I’m a huge history nerd; and I mean huge! So to see the religious sites, walk those stone streets and feel that spiritual energy is a thrilling thought that I must check off the bucket list.”

Jason doesn’t have a show planned while in Israel (as yet) but he says he always stays prepared. “I have a feeling that in Jerusalem a spontaneous show might happen,” he laughs. “Yes, in Jerusalem of all places. I might just start singing in the streets. The outfits [I’m bringing] are very modern Lawrence of Arabia themed, silks , long tunics, and lots of draping. I’m still trying to figure out how to pack my lipstick red fur coat for the chilly nights out nightclubbing.”