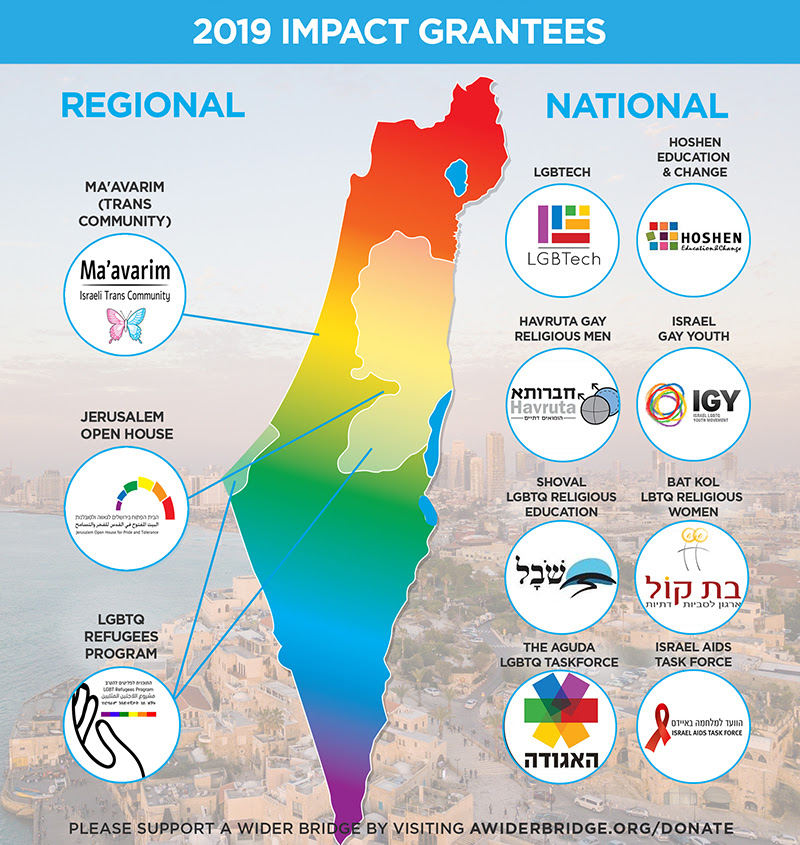 WELCOME TO OUR NEW STAFF MEMBERS!

Welcome, Leora Cohen-Rosenberg and Ronny Osterer to our AWB team! Leora comes to AWB from Planned Parenthood where she was a PREP Health Educator. Ronny recently served as VP Operations and Development at “HaGal Sheli”, an Israeli NGO which uses surfing as an educational tool for at-risk youth.

LAUNCHING OUR REVERSE MISSION TO THE US!

From September 19-26, AWB will launch our first-ever LGBTQ Reverse Mission to America, bringing a delegation of 13 CEOs of Israel’s LGBTQ rights organizations — including many of our grantee organizations — to New York and Washington, DC. As a part of the mission, we invite you to attend our NY-Israel LGBTQ Symposium (September 22) and our Washington-Israel LGBTQ & Allies Reception (September 25). Learn more. 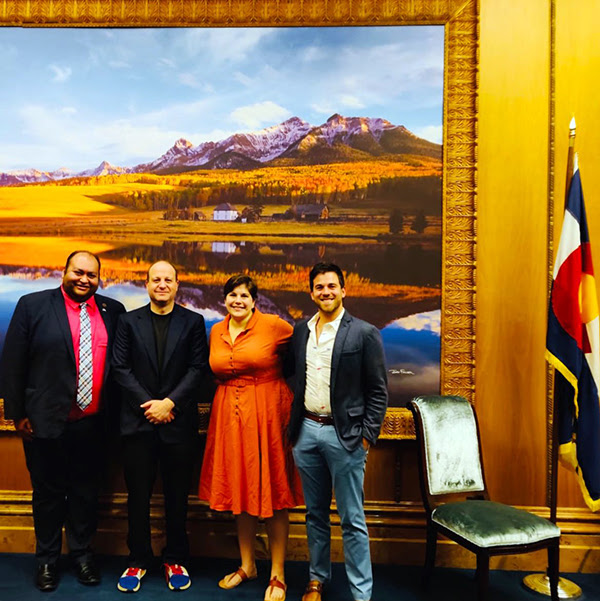 We had a great meeting with Governor Jared Polis of Colorado, the first openly gay (& Jewish) US Governor, and a strong supporter of Israel’s future as a Jewish and Democratic State. Thanks to A Wider Bridge Board Members Rep. Daniel Hernandez Jr. and Ann Dubin for joining our discussion!
REMEMBERING THE BAR NOAR SHOOTINGS

WATCH –> On August 6, we marked the 10th Anniversary of the Bar Noar LGBTQ Youth Center shootings in Tel Aviv with a Zoom video conversation reflecting on the event and its aftermath, including the founding of AWB.

Our panelists: Ayala Katz, mother of Nir Katz who was killed in the shooting, Ohad Hizki, CEO of AWB grantee The Aguda, Moshe Hajaj, Director of the Nir Katz Center reporting on LGBT-phobia, and Arthur Slepian, AWB Founder. Moderated by AWB Board Chair Alan Schwartz. We thank all our supporters who joined us on the call and look forward to organizing future video conversations. 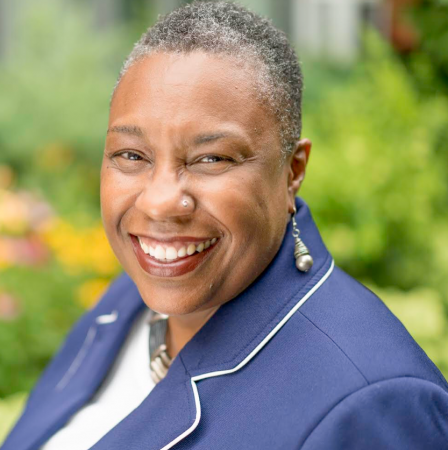 MAZAL TOV to Kim Hunt, executive director of the Pride Action Tank (PAT), a project of the AIDS Foundation of Chicago (AFC), on being selected as one of Crain’s Chicago Business Notable LGBTQ Executives for 2019. Before joining the AIDS Foundation in 2015, Kim was executive director of Affinity Community Services, a social justice organization that works on behalf of black LGBTQ youth. She serves on committees for the administrations of Gov. J.B. Pritzker and Mayor Lori Lightfoot. 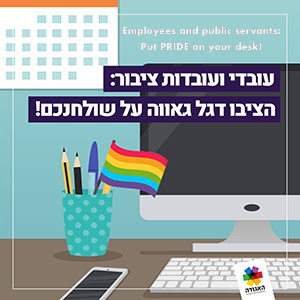 In a disturbing turn, Haifa Mayor Dr. Einat Kalisch-Rotem ordered that all pride flags be banned from municipal buildings. LGBTQ municipal workers protested by bringing pride flags to a city council meeting, which erupted in a heated argument. In response, the Aguda Israel National LGBTQ Task Force called for all public workers to put a pride flag on their desks.

Mayor Kalisch-Rotem is a member of Avodah (Israel Labor Party), which has for years been home to LGBTQ rights advocates and feminists in the Knesset, like MKs Stav Shaffir and Yitzhak Shmuli. A Wider Bridge joins a wide chorus of our Israeli partners and other civil society organizations in calling on the Mayor to reverse her decision, immediately.
PALESTINIAN AUTHORITY BANS
LGBTQ ACTIVITY IN THE WEST BANK

The Palestinian Authority banned the LGBTQ Palestinian Group al-Qaws from organizing any activities in the West Bank and threatened to arrest them, saying that such activities are contrary to the “values of Palestinian society.” We condemn the ban and hope to see a time when al-Qaws and other Palestinian LGBTQ organizations are free to organize events to uplift their community.

“We are often asked — Does A Wider Bridge have a relationship with Palestinian LGBTQ organizations?

The answer is very complicated.

Sadly, we don’t have a relationship with alQaws, nor with Aswat, the two Palestinian LGBTQ organizations. They don’t work with Israeli nor with Jewish organizations in a formal capacity, save for those that endorse the BDS movement. Instead, we support Israeli LGBTQ organizations like IGY, who supports LGBTQ Arab youth, the Jerusalem Open House for Pride and Tolerance, who open their doors to ALL residents of Jerusalem (and East Jerusalem), and The Aguda – The Association for LGBTQ Equality in Israel’s LGBTQ Refugee Program.

But today’s story underscores why Al Qaws takes their current hardline approach to BDS. Largely unaccepted, they are lifting up BDS as a central point of their messaging to demonstrate they have the same priorities as the rest of Palestinian society. Taking out the politics of BDS for a second, with which we deeply disagree, this is the same thing we as American LGBTQ folks have done for a very long time — demonstrating we want the same things as all Americans; that we are an integral part of the fabric of our own society.

I hope the day will come when alQaws and ASWAT will look past some of our differences and work more closely with AWB and our Israeli partners. Until then, we understand that they are making the decisions they feel their communities currently need from them, and recognize that this is their journey to make as a community.”

As Israelis head back to the polls on September 17th, we are deeply concerned about increasing right-wing extremism, homophobia, and anti-Reform Movement sentiment that has been surfacing from the far-right in the wake of the upcoming election.

The far-right anti-LGBTQ Noam party, has been circulating a video comparing gay rights advocates to Nazis and suicide bombers, and is responsible for posting anti-gay billboards in Tel Aviv. The Central Election committee ruled that anti-LGBTQ campaign ads must be allowed to run — putting LGBTQ Israelis at risk from this incitement.