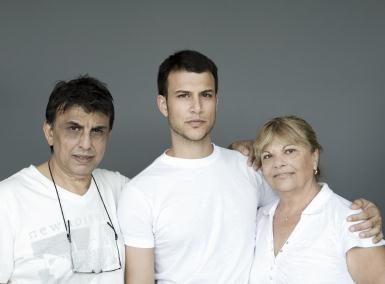 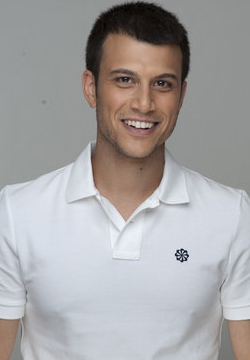 “Mom and Dad: I Have Something to Tell You” is a documentary film about the journey parents whose children tell them they are gay are forced to take. Their life changes in a second and a challenging and slow journey, for all the family, begins, taking them from denial to understanding, from anger to the need to be there for him or her, from shame to acceptance.

This sensitive and earnest documentary features and is narrated by Assi Azar, one of the rising TV stars in Israel, a screen writer and the host of the Israeli version of “Big Brother”. His personal story is unfolded, including the first heart to heart conversation between Assi and his parents since he came out when he was 24.

Assi Azar Confronted by Protesters (The Times of Israel / November 11, 2015)
Assi Azar’s Tour Across America (OUT Magazine / April 3, 2015)
ONE-on-ONE with Doc. Maker and Israel’s “Big Brother” Co-Host Assi Azar (Size Doesn’t Matter / December 15, 2011)
Assi Azar discusses film ‘Mom and Dad, I Have Something to Tell You,’ and his own coming out (The Miami Herald / November 20 2011)
Gay Israeli Assi Azar has ‘Something to Tell You’ (Project Q Atlanta / November 4, 2011)
Israeli Celebrity Assi Azar to Lead an Israeli Consulate Campaign in America (Abbanibi / November 2, 2011)
A Wider Bridge co-sponsored several screenings of this film, with Assi Azar speaking in person on the film and his life, in the Bay Area and Washington, DC in November, 2011.