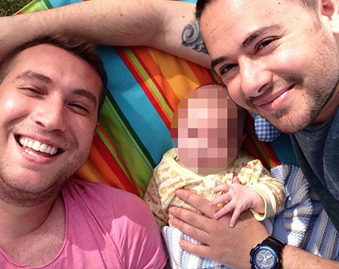 The Interior Ministry of Israel refused to complete the registration of a baby born to a couple (one of whom is a transgender man) – and forced the man who carried the baby to change his registered sex from male to female. 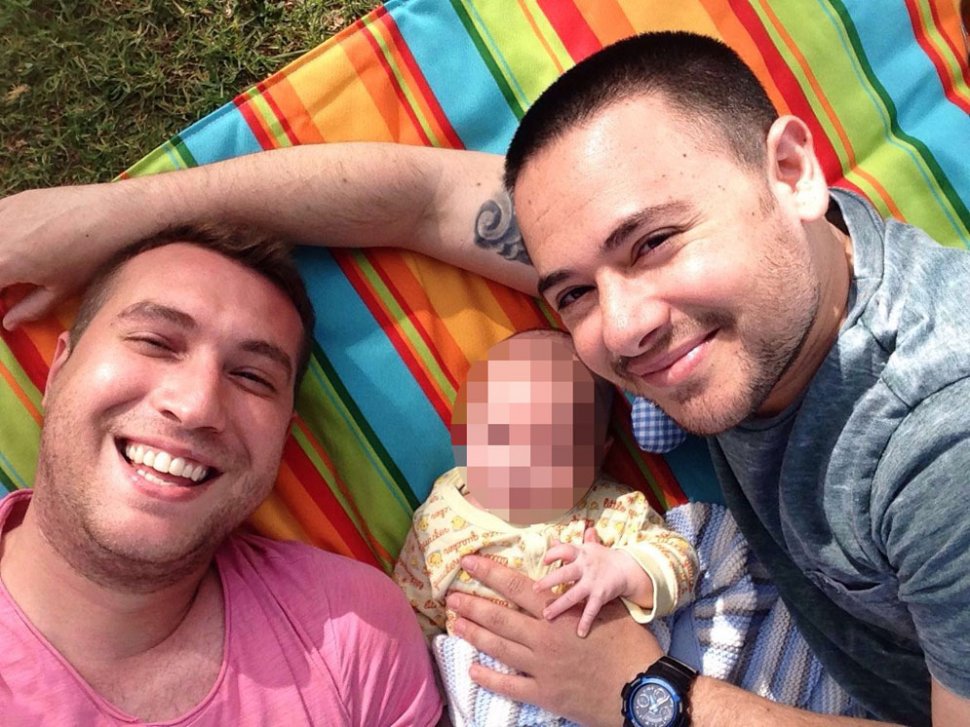 In 2009 Yonatan Marton, a transgender man, changed his gender from female to male. The change was also made in the Interior Ministry registration. From 2012, he and his partner Daniel Mariuma are considered “known in public,” and were recognized as a couple. In March they brought their son Tomer into the world, but the Interior Ministry Population Authority refused to recognize them as a family, saying that this family is “not viable.” On Monday, attorneys Daniella Yaacoby and Hagai Kalai issued a petition against the Ministry of Interior and the Immigration Authority to the High Court in light of measures taken by the authorities.

For over five months, the authorities refused to make any registration in the case of Tomer – whether registering Merton, who gave birth, as the baby’s father, and whether registering Daniel, whose sperm was used for the creation of Tomer, as the baby’s father. The Ministry of Interior was ignoring the fact that the lack of registration damages the social rights and eligibility for basic health services for the baby. According to Merton, alongside all this he was summoned to an interview at the Interior Ministry and the Immigration Authority, where he was asked intrusive questions that did not match the parenting registration process. Then, without him knowing, the Interior Ministry changed his gender back to female, without his having any way to change it back. His gender was changed to female, his name remained Yonatan – and despite all this, his partner is not yet registered as the father of Tomer.

“They asked us the most horrible things and most offensive things you can possibly think of, and all this was accompanied by a huge contempt for us. You chase a system where nobody responds to you, belittles you, ignores you-everything together,” said Mariuma. “For five months you send letter after letter and no one answers you, and all of a sudden we come back from a routine meeting at the baby clinic and find out that the sex of my partner was changed without informing him or asking him. And that’s without his consent. They gave us a copy of an Interior Ministry letter stating that he has agreed to the change and that it was made with his consent and approval.”

According to Mariuma, the Interior Ministry considers the relationship of the two as a “glitch”- a man who gave birth and a spouse who is a man. “I, as a father, am just furious. It can’t be happening that for seven months, I don’t have a say about my son. If there is an emergency I have no way to prove that the baby is mine. I have no way to prove I am the father of the person who’s the dearest to me and with whom I have a genetic relationship. It’s the most horrible thing you could imagine.” 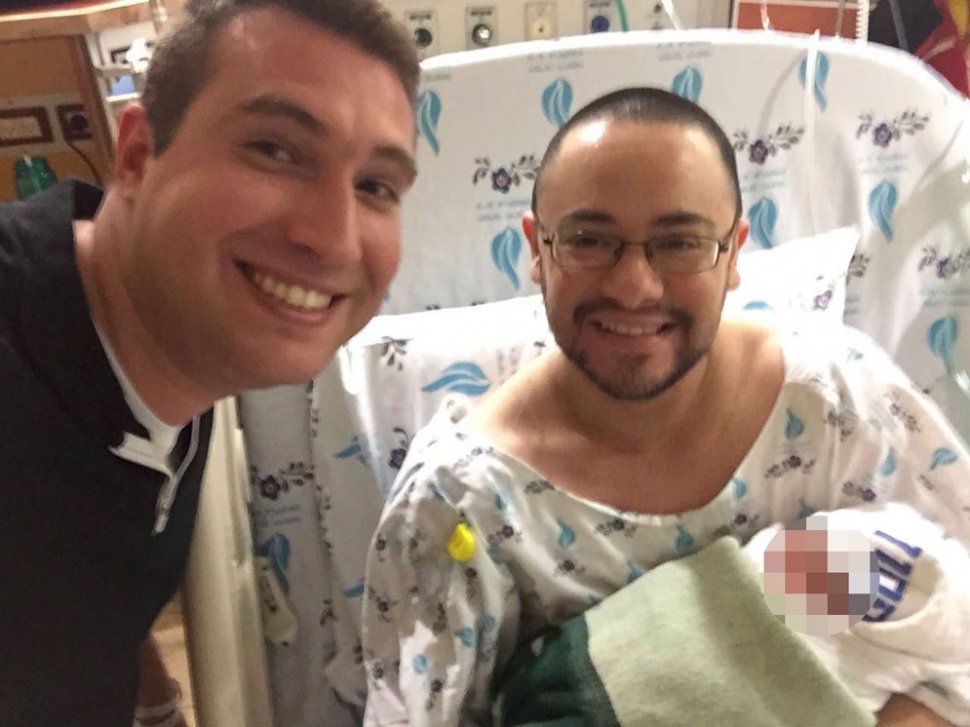 According to Marton, the humiliation is mixed with the feeling that he was deceived. “At the hospital I was forced to be registered as a mother. Daniel was not given any option to sign a declaration of paternity, and the only option to register the child had to be registering me as a mother – even though I told them that on my identity card I am registered as male. The hospital’s secretary said that these are the instructions she received,” he said. “Then came the Interior Ministry, took the registration from the hospital and said: “There’s an admission here, and it says you’re a mother, so we changed the section of your gender to female. I feel humiliated, I feel I was tricked. In five months the baby was not registered and had no medical insurance. We had to buy him private insurance. The kid had no rights as a citizen, he wasn’t registered anywhere, we could not receive child allowance, he simply did not have any rights, the officials ignored his existence.”

He added that apart from the humiliation experienced by the authorities, even the birth certificate they finally received was accompanied by contempt. “The name of the registered mother was Yonatan, and the father’s section was completely empty, despite the fact that the child has two fathers. At the hospital section it was registered that he was born in Tel Hashomer (Tel Aviv) even though he was born at Wolfson (Petach Tikvah),” he said. “It was like ‘let’s go through the motions’. We demand a proper birth certificate for our son, with two registered fathers. We demand that my sex clause be returned immediately to male, because I never agreed to this change and it was a forced change.”

Attorneys Daniella Yaacoby and Hagai Kalai said: “Even the best writers of parodies could not think of such a ridiculous script. Instead of the Interior Ministry adapting its procedures with regard to the needs of the public, the Ministry of Interior is working in the dark and forcefully changes the basics of the characteristics of those in need of its services, primarily gender identity, while trampling on the fundamental right to autonomy, family life and equality, and thus severely damaging the child “.

The Ministry of Interior and the Department of Immigration and Population said: “As a rule, a change in detail in the population registry, as established by the Registry Law and as stated in the procedures of the Authority, was done according to a public document attesting to the requested change. Furthermore, we will respond in detail as part of the petition in the legal framework .”