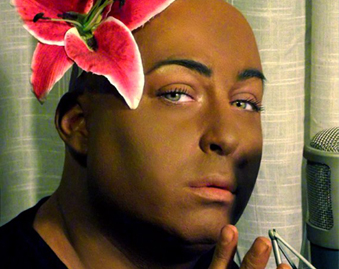 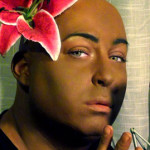 Michael Hirschmann, AKA  Mickiyagi, is an Israeli singer best known as the vocalist of the successful 80s band “Noar Shulaim”.

Mickyiagi became famous as the frontman of “Noar Shulaim” which worked from 1986 to 1991. The band’s first album received massive media attention with the song “(Girl) Draw yourself a Mustache”, that implied a lesbian character. It  became a massive hit, and Mickiyagi’s falsetto voice was compared to that of Jimmy Sommerville. Another hit from the album was “Anog” (‘Delicate’) which was clearly a love song to a man.

The image of Mickyiagi during his time with “Noar Sulayim” was exceptional and gender-undifferentiated. His sexual orientation did not show up in the press until March 2006, when he was first asked about it in an interview with the newspaper “The City.”  Mickyiagi said that “you’d have to be an idiot to not realize I’m gay .”

After the dissolution of the band  Mickyiagi appeared at Festigal 1991 with the song “I wanted to have,”  which won fourth place . During the late 90s and throughout the 2000s, Mickyiagi left the music industry and became one of the top makeup artists in Israel, which included founding his own self-titled school for makeup artists. In 2007 he composed a song, written for Amir Fay Guttman,  called “Last Day.” During the same year he took part in veteran singer Alon Olearchick’s album “Rock and Tenderness,”  singing one of the songs on the album, “Missing Your Singing.”

In 2013 Mickyiagi returned to the music scene with a solo single, “Lo Kol Echad Yachol” (‘Not Everyone Can’), 22 years after Noar Shulayim’s demise. The song was accepted lovingly on Israeli radio stations.