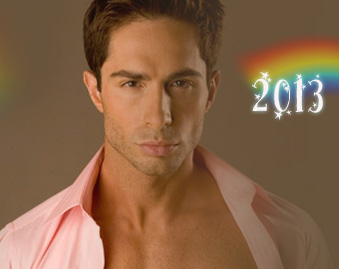 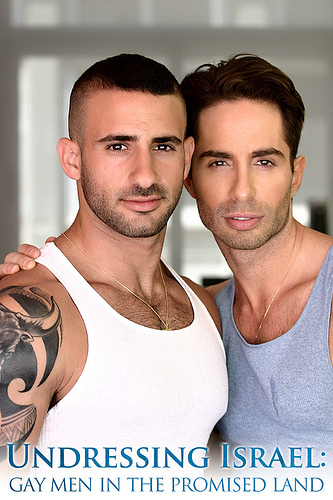 The film features interviews with a diverse range of local men, including a gay member of Israel’s parliament, a trainer who openly served gay in the army, a young Arab-Israeli journalist and a pair of dads raising their kids. “The movie I made represents absolutely the truth,” says Lucas in an exclusive interview with A Wider Bridge. “I followed real people, and I show Israel as I know it. I think this would be the perfect answer to the pinkwashing movement, because their main thing is to insist that the Israeli government is giving rights to LGBT people in order to take away the focus from the Palestinian conflict. And this movie shows that the government isn’t granting anything. It’s like in every other country, the rights are a result of the fight. Nothing was granted to them. Everything was fought for.”

When did the idea for the movie come about?

“I decided to do it about a year ago. You know, I go to Israel a lot. I try to go at least twice a year. I first went there in 2004 and I try to go twice a year at least and I also became an Israeli citizen three years ago. I was impressed with the gay movement in Israel and I was very much impressed with the progress that Israel is making when it comes to gay rights. Why I decided to make it? Because there’s no movie like that.

“There’s no movie that is showing Israeli gay life as it is today. I think there is one movie that was made about the history of the gay movement, but there’s nothing that shows what gay life today in Israel is like. The most important result for me was also to have gay tourists from all over the world going to Israel, and I think that after they see the movie they will want to go. I think that Israel needs tourists, Israel needs money, so for me it’s also a goal. I am a Zionist.”

Lucas, 40, was born in Moscow, Russia, where he earned a law degree from the Moscow Law University. Being dubbed “the most mainstreamed, provocative, and controversial figure in gay adult entertainment today,” he moved to New York and a year later became a legal citizen and started his own company.

Nowadays, he says that he does more writing than actual acting (he owns a column in ‘The Advocates’ and writes for several other gay websites).  “If I was just a lawyer, no one would have published me,” says Michael. “I don’t think anyone would have cared what I have to say. So in a way I use my name and the fact that people recognize me, as a platform to speak about issues that I care about. ”

Why do you care so much for Israel? Where does this passion come from?

“This is not the beginning of anything. It’s just something I saw and thought it was important to do. And you know, I spent close to $100,000 on this movie, and there’s no way to return this investment, absolutely no way because it’s a documentary and documentaries don’t make money. And still, people think whatever they think but it’s a lot of money for me. I spent this money because I knew this was an important project. So it’s my gift to the country. It’s something I believe in.”

Do you think that gay Jews have more ways to be connected to Israel than straight Jews?

“I feel as if gay people tend to have more left wing perceptions. They are more brainwashed that Israel is an evil country victimizing people, that Israel is a religious country, a conservative country. So actually I think that most gay people here have no idea that it’s so open and so democratic and so supportive.”

“I experienced prejudice not as a pornographer, but as a gay person in Russia and as a Jew in Russia. But I’m doing what I’m doing. I’m not interested in climbing any higher, because I actually like to enjoy my life, and at this point in my life I just want to do that.”