A Wider Brunch host H. Alan Scott is an outrageously funny writer/comedian based in Los Angeles. In June 2017, Scott traveled to Israel with A Wider Bridge. 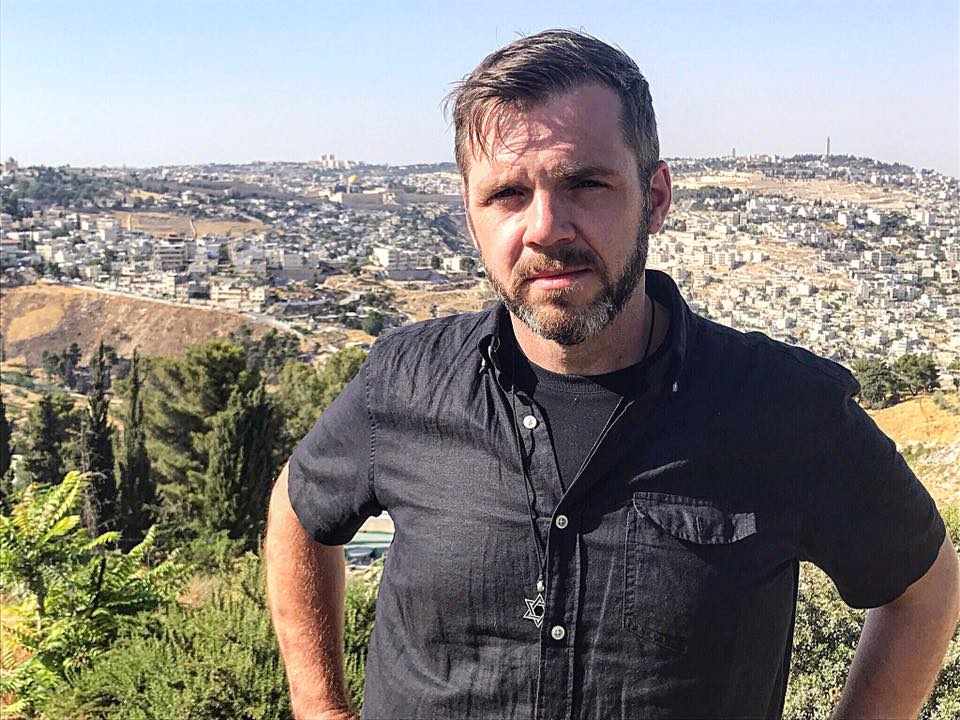 H. Alan Scott in Jerusalem on the AWB Mission

“I was raised Mormon, turned out a little gay, became a comedian, got a little cancer, then converted to Judaism. Try fitting all that on a Tinder profile.” – H. Alan Scott.

Life of a gay, cancer-survivor Jew-by-choice can be funny: writer and comedian H. Alan Scott was raised Mormon but decided to convert to Judaism. In June 2017, he joined A Wider Bridge’s Mission to Israel, which was filmed as part of his documentary, “Latter Day Jew”, directed by Aliza Rosen.

“I heard about AWB from a few people,” H. Alan says. “But the actual meeting came after a good friend at the Schusterman Foundation introduced me to Tyler Gregory. We met, talked about our shared visions of amplifying unique queer voices within the Jewish community, especially when it comes to Israel. So going on the trip [was] just a natural extension of that goal.”

Scott is not hesitant as far as sharing personal and sensitive parts of his life, like fighting cancer and looking for love. “I’ve worked for years behind the scenes on TV and as a journalist/writer, but first and foremost I’m a comedian,” he says. “I’m excited for the opportunity to use my personality in a way to have a conversation about something that’s very important to me. That’s been the basis of my career, using my own story to tell a larger story. I hope to do that with ‘Latter Day Jew’ “.

As host of A Wider Brunch on Sunday, October 22, H. Alan Scott will be bringing his incredibly funny stand-up routine to the event as we honor A Wider Bridge Founder and Executive Director Arthur Slepian. Not to be missed!

Visit LatterDayJew.com/support to learn more about the H. Alan and his film, to give a tax deductible donation or others opportunities for investment.