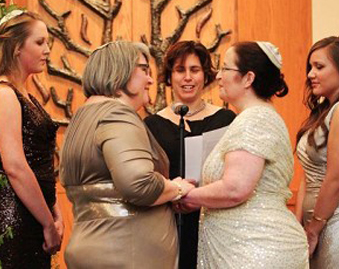 The British Masorti movement has followed the Liberals and Reform by taking a historic decision to allow its rabbis to conduct same-sex marriages. 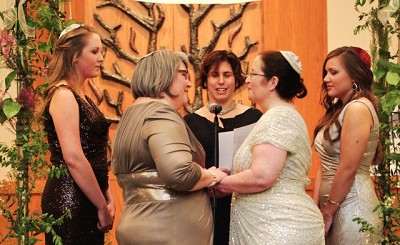 Gay and lesbian couples will now be able to marry in Masorti synagogues in a move approved without opposition by the movement’s trustees last night.

Senior Rabbi Jonathan Wittenberg, who heads its largest synagogue, the New North London, said: “This is an important step forward. As a movement, we will continue to strive to be inclusive and to honour the dignity of all people, within the framework of Jewish law.”

Same-sex couples will be able to have a shutafut – partnership – ceremony, which technically distinguishes it from kiddushin, the traditional Jewish marriage ritual.But the ceremony will enable them to register as either married or as civil partners in English law.

Each of Masorti’s 12 communities will be free to decide whether to conduct the new ceremonies, although no community has objected to the innovation.

Continue reading on The JC