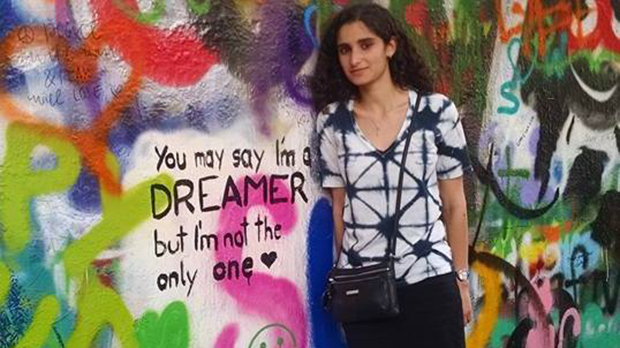 Ariella Shua, a graduate of Rae Kushner Yeshiva High School and the Nativ Program in Israel, says that pride parade is an important expression of solidarity for the Jews who are part of the LGBTQ community, and that Orthodox Jews who hate LGBTQ people are going against the command “You shall not hate your brother in your heart.”

On Thursday, August 3, Jerusalem held its annual March for Pride and Tolerance, often known simply as the Gay Pride Parade. 2017 marks the 16th year of the event. And just like every other year, 2017’s march did not occur with unanimous support. Plenty of religious Jews are against the decision for gay pride to be expressed in such a way in Israel’s capital. Among the dissidents was Ashkenazi Chief Rabbi of Jerusalem Aryeh Stern. Rabbi Stern expressed that he feels that the fact that the parade took place mere days after Tisha B’Av was troubling because “the essence of this parade is contradicting the trend of Jerusalem as a holy city, and that is the city we want,” he said in an interview to Army Radio.

It is easy to understand arguments against such a parade being held in Jerusalem. There are two very well known verses in Vayikra (18:22 and 20:13) that seem to provide reasons to hesitate. The Torah makes it very clear that homosexual relations, at least between two men, are forbidden. Many argue that to express a clear desire to violate these commandments, as a pride parade would most likely do, is an abomination, just as committing these acts would be.

But there is another side to consider.

There is another oft-quoted pasuk in the Torah, not far from the aforementioned Vayikra verses. In fact, it is sandwiched in the perek right between the two. Perek 19, pasuk 18 states: “You shall neither take revenge from nor bear a grudge against the members of your people; you shall love your neighbor as yourself. I am the Lord.”

“You shall love your neighbor as yourself” is one of Rabbi Akiva’s favorites. We all know the Yeshiva Boys Choir version, and we all know that it is a klal gadol in the Torah (and now we all have the tune stuck in our heads as well). But pasuk 17, though less well known, is also important. It states, “You shall not hate your brother in your heart. You shall surely rebuke your fellow, but you shall not bear a sin on his account.” Jews who are against pride, and see no way for a proud homosexual lifestyle to exist within the realms of Torah, would do well to remember this verse.

Is it possible for those who express such hatred and disgust toward some of their brothers and sisters to also fulfill these commandments of love? Some of the protesters, both in person and online, clearly feel hatred and disgust toward members of the LGBTQ community, based only on the fact that they are members of the LGBTQ community. Continue reading on Jewish Link of New Jersey