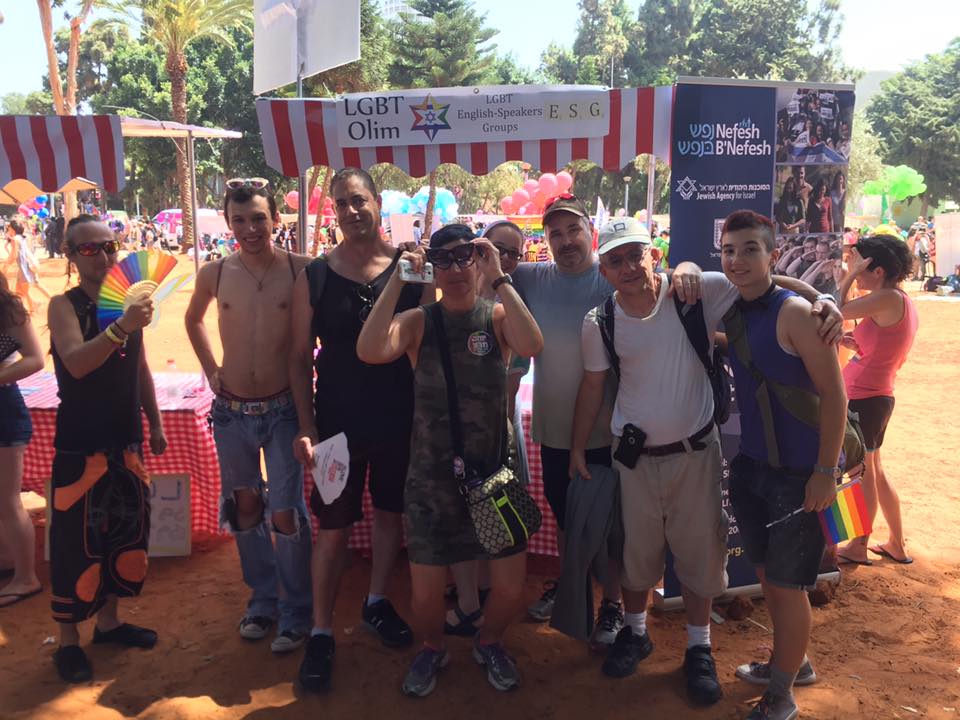 Among the information booths set up at Tel Aviv’s Meir Park, where the parade began, was one for the LGBT olim, a group of lesbian, gay, bisexual, and transgendered immigrants to Israel, and one for English speakers who live in Tel Aviv.

The booths were run by a cheerful bisexual woman from Edison, who is very proudly out of the closet and open about who she is to anyone she meets in the Jewish state. And yet, when speaking to NJJN, she asked that she remain anonymous, because she did not want her identity revealed to her former community in the Garden State.

Nearly five years since she left Edison for Israel, she remains concerned that if her sexual orientation were made public back home her parents might be shunned by their community. By contrast, in Israel she does not feel she has to hide anything at all.

“When I came to Israel, I became loud, active, and proud of who I am,” said the woman, whom we’ll refer to as Mindy. “I felt less of a stigma here than in my hometown in New Jersey, where I had to hide who I was. I found accepting people to be around. I am very active, open, and proud of who I am over here.”

That contrast may surprise anyone who perceives Israel as conservative, religious, and closed-minded. Indeed, there are communities dominated by ultra-Orthodox Jews where gay people are made to feel unwelcomed and uncomfortable, but New Jersey has those neighborhoods as well.

For Mindy, and many other new immigrants making aliyah, which literally means “going up,” moving from the United States to Israel has led to an increase in their openness about their orientation. Although living in Israel also presents plenty of challenges, their immigration has resulted in them also ascending in their pride.

“I know people in New Jersey who left Orthodox communities there because they felt harassed,” Mindy said. “I consider Israel more open, more accepting, more willing to open its eyes for change, and even more enlightened than the U.S.”