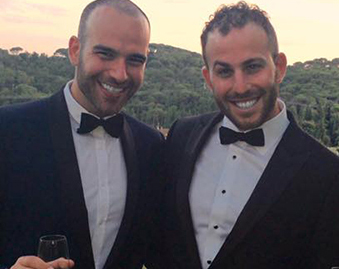 Micah Jesse and Jason Mahler got engaged just before the elections and are now planning their Jewish wedding, with no rush or fear that president-elect Trump will undo LGBT protections created under Obama. And they want to inspire you to feel the same. 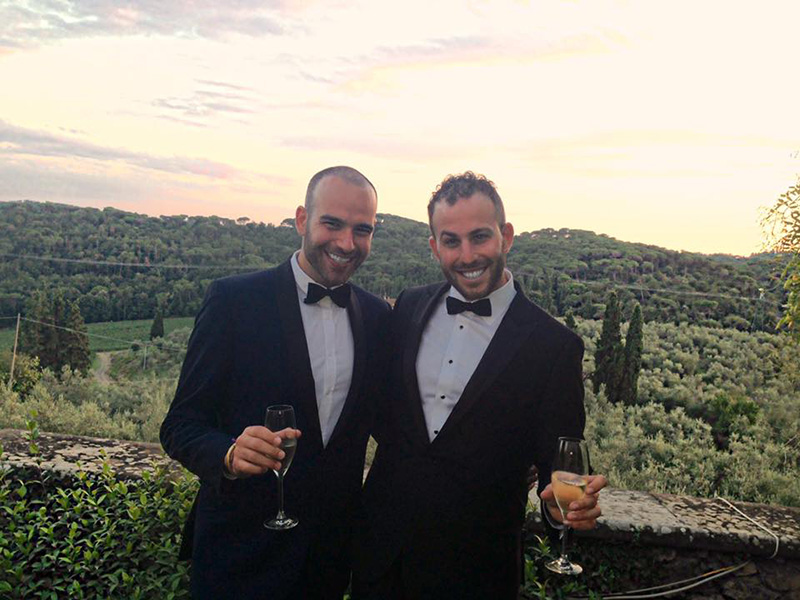 You could say that for Micah Jesse and Jason Mahler it was “love at first swipe.” The gossip blogger and the American Eagle Outfitters’ women’s design director met on Tinder in 2012 and shortly after that they realized it was Besheret! “After chatting for a few weeks we met for a cocktail in the West Village at a charming bar called Orient Express,” Micah recalls. “During the conversation we realized that three years prior, a mutual friend had tried to set us up.”

As it turned out, one of Jason’s colleagues (who’s also a friend of Micah’s) had told Jason about Micah three years before they actually started dating, but it wasn’t the right place and the right time. Micah recalls, “She said, ‘I just met this great guy at his birthday party and I think you two would be perfect together!’ He was dating someone else at the time so our meeting, at the time, never happened.”

Jason and Micah have been dating now for over three years, two of which were long-distance between New York City and Los Angeles. “If you love and trust your partner, no emotional distance should come between you. Rather than giving up when you’re feeling lonely shift your perspective to how excited you are for the next time you will see your partner because you know the wait will be worth it,” Micah once wrote in an advise column on long-distance relationships.

They got engaged just days before the election and, Micah says, it was the happiest time of their lives. “Jason [was the one who] proposed, on the afternoon of November 6, 2016, in the Miami Design District in front of the Royal Palm Court,” Micah says. “He used the app Thumbtack to track down the best photographers in Miami (Troy Huynh and Vivian Chau) to capture the surprising moment.” 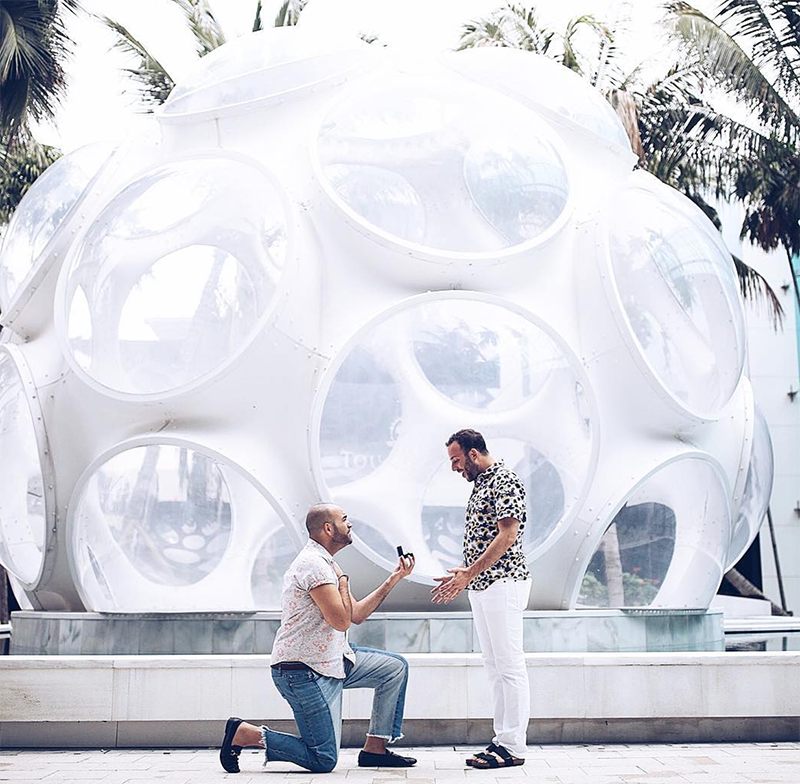 But just days after, when the election results were finalized, the power couple began sensing the worry about the future of LGBT rights in America. “We started receiving a barrage of messages and phone calls asking us if we were going to rush to get married for fear of a possible abolishment of gay marriage in a Trump presidency,” Micah says. “While it was concerning to both of us, we are not going to be discouraged or rush our plans. We want to inspire our gay friends to continue celebrating their love without question the way we have.”

Both Jason and Micah come from Jewish families. “My coming out was unorthodox in the sense that my parents approached me about the subject,” Jason says. “I was going through a rough time and they had a feeling it had to do with me struggling with my sexuality. In that moment they created a safe space for me, and told me that either way there was unconditional love and support. I had grown up as a member of an Egalitarian Conservadox Synagogue where my mother served as Executive Director for almost a decade. We had LGBTQ congregants, and synagogue was really my first exposure to the gay community.”

For Micah, as well, it was all love from everyone. “The first people I told in my family were my brothers,” he says. “I came out to my older brother, Zak, during high school at an O.A.R. concert. To my complete surprise he used the opportunity to come out to me as well! Then I told my Mother, followed by my Father, who wanted to make sure we had the conversation before I left for college in New York City.”

Now, Micah and Jason’s wedding is still in the planning stage and, according to them it will be a very Jewish wedding. “We are still working out details, but a few of our celebrity friends are definitely on our guest list,” Micah says.

It is important for Micah and Jason to shout about and demonstrate their love, especially at this time, when there’s news that anti-gay people are making their way to the White House. For them nothing has changed, and love is love – still. “If anything, people have been reaching out to show their encouragement and support,” Micah concludes. “Others we know have not had it so easy, but we have been fortunate to be surrounded by love.”