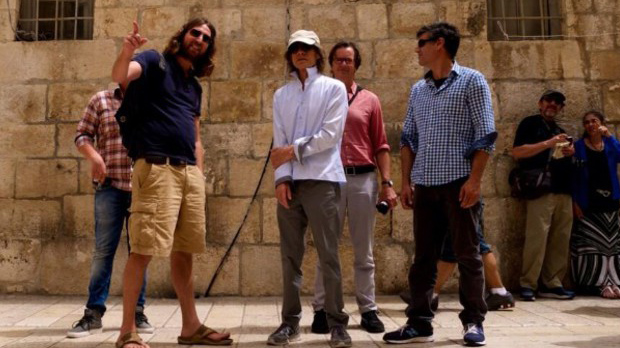 Ever wanted to know what top international celebrities are up to when they visit Israel? Well, now you can follow in their footsteps because we have the inside scoop on where famous faces like Madonna and Mick Jagger like to sleep, eat and play. 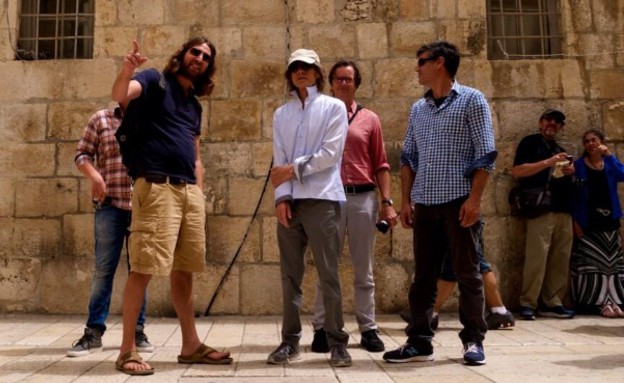 Here’s the list of what worldwide-known figures did while visiting Israel. We have added links to more info of their favorite location to help you plan your next visit.

Mick Jagger
Mr & Mrs Lee restaurant – located in a very swanky neighborhood in the north of the city. Mick and his gang requested a special vegetarian menu and Chef Shaul Ben Aderet laid out his finest spread.
Roman ruins at Caesarea
Port Café – a trendy place to eat by the ocean.

Bono
The Container – restaurant in Jaffa Port.
Patio Bar, have a drink by the sea.
Underground club Radio EPGB.
Stayed at King David Hotel in Jerusalem

Sacha Baron Cohen
Stayed at the Sheraton Tel Aviv, where he has become somewhat of a regular. (Also stayed there: Justin Bieber)
Gazebbo Beach – located in the upmarket town of Herzliya just north of Tel Aviv
Shipudei Tzipora (note: this restaurant is closed)

Natalie Portman
Mamilla Mall in Jerusalem is her place to shop.
Fattoush restaurant on Haifa’s upscale Ben Gurion Boulevard
Hasseuda Ha’achrona retreat in Moshav Amirim, in the heart of the Upper Galilee.
Herzel branch of the popular beautician chain Yullia is where she enjoys facials, manicures and pedicures.