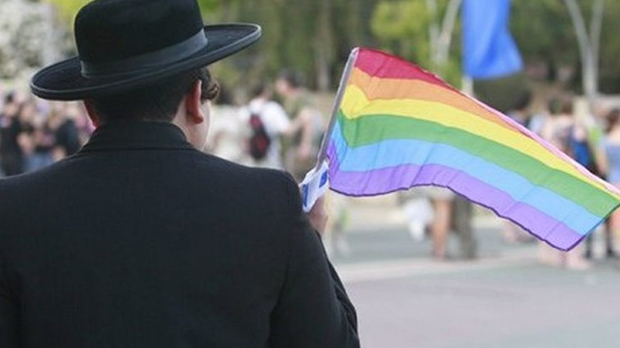 After failing to prevent a Gay Pride event to be held tomorrow (July 27) in Hod Hasharon, ultra-Orthodox people in the city have organized a rally to “save the religion” at the same time as the Pride event, causing strict security requirements for the LGBTQ event.

Ultra-Orthodox Jews in the city of Hod Hasharon have announced that the rally planned for tomorrow in the parking lot opposite the Hod Hasharon municipality building, is in response to a pride event that takes place in the city, and is being held to “save religion” and “to protect the religious citizens in the city.”

“The purpose of the rally is to strengthen the family and strengthen Judaism among the families in the city,” Rabbi Reuven Hiler, one of the religious leaders in the city, said. “The gay pride event is a blatantly anti-educational event. To celebrate such a thing that is so unnatural causes great damage. What are they proud about? In the past, they would consider it a disease.”

The city of Hod Hasaharon, located in the northern center of Israel, gave LGBTQ activist Sari Yerushalemi permission to hold a first ever pride in the city, which was originally planned for the end of June.

As she started to plan the event, dedicated to highlight the LGBT families in the city, Yerushalmi soon found herself facing fierce opposition from the religious residents of the city, who wanted to prevent the event from taking place. Hod Hasharon municipality eventually postponed the event- and set it for tomorrow.

Hod Hasharon Municipality gave the following statement: “In a meeting held today between the city’s professionals, the police commander of Hod HaSharon gave intelligence indications about the event and the requirements for increased security set by the police this past Thursday. After hearing the police’s review, the municipality decided that the event would take place at the time and place where it was planned, and that the municipality will implement the security instructions of the police.”